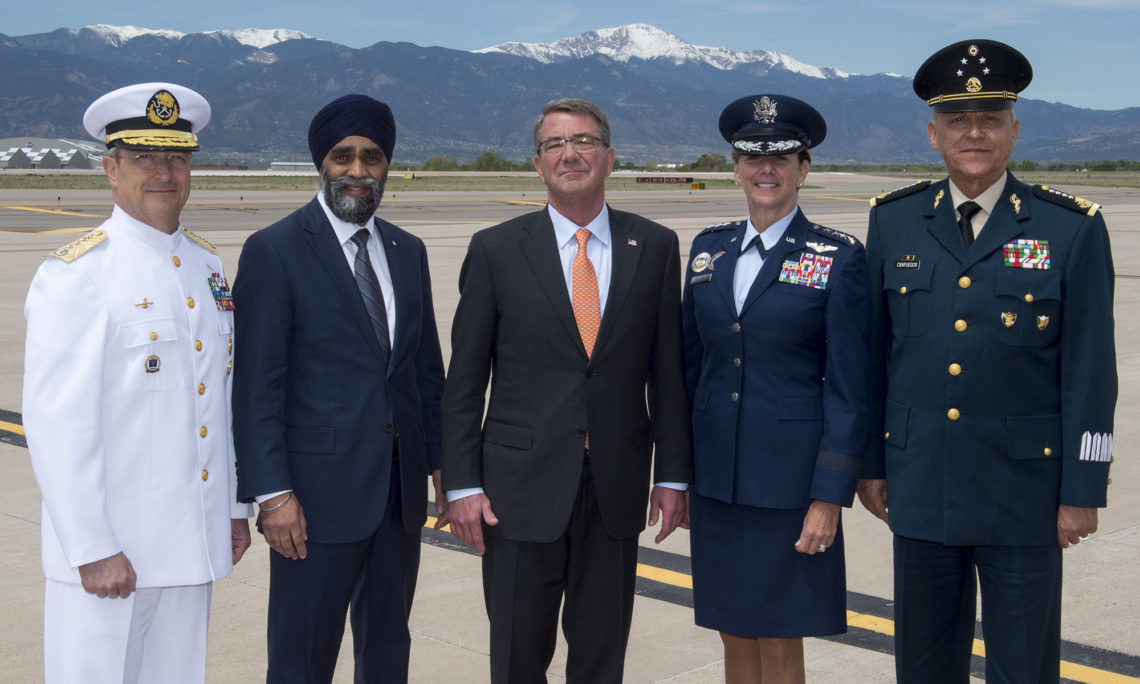 The change of command ceremony was presided over by the U.S. Secretary of Defense, Ash Carter, and the Canadian Chief of the Defence Staff, Gen. Jonathan H. Vance. Also in attendance were the Canadian Minister of National Defence, The Honourable Harjit S. Sajjan; and the U.S. Chairman of the Joint Chiefs of Staff, Gen. Joseph Dunford, Jr.

Read a full description of the day’s events at norad.mil, and then check out their photo gallery!