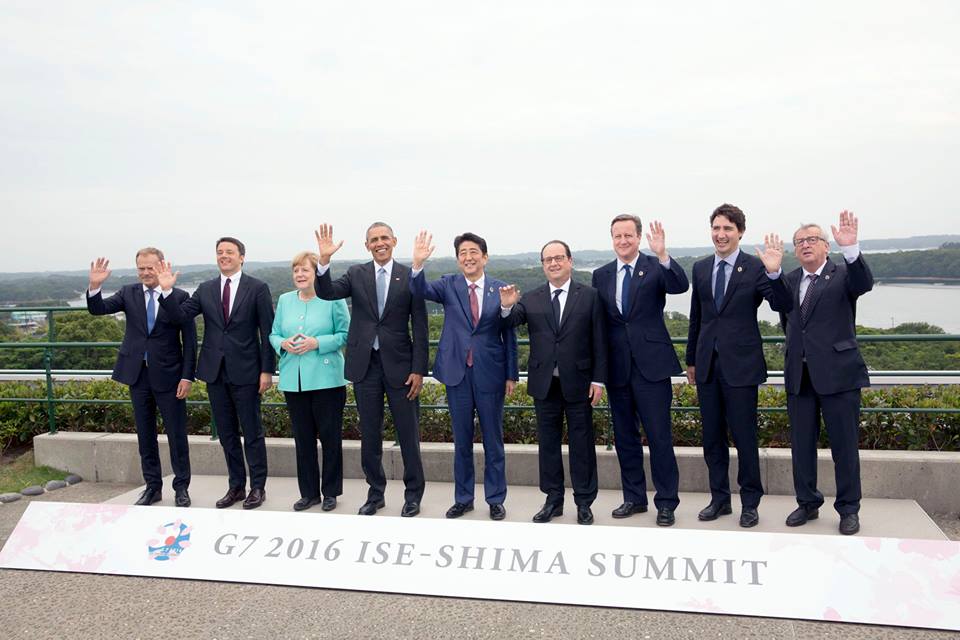 We, the leaders of the G7, met in Ise-Shima on 26 and 27 May 2016 to address major global economic and political challenges. Global growth remains moderate and below potential, while risks of weak growth persist. Escalated geo-political conflicts, terrorism and refugee flows complicate the global economic environment. The rise of violent extremism, terrorist attacks and other challenges, pose serious threat to the existing rule based international order, as well as to common values and principles for all humanity.