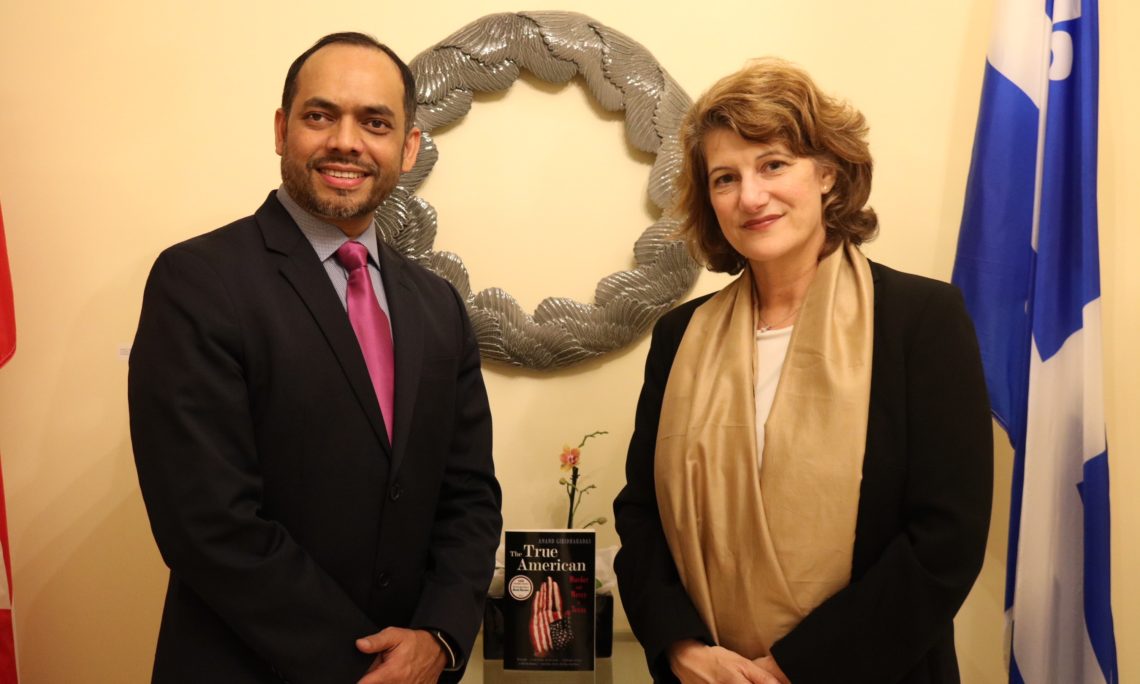 After being shot in the face by Mark Stroman, a white supremacist, a few days following 9/11, Rais Bhuiyan started a journey of healing, acceptance and empathy.  A moment of hatred cost him his sight in one eye and left 35 shotgun pellet fragments permanently lodged in his skull.  Yet an outpouring of compassion and support from the American people inspired Rais to move forward.  Instead of dwelling on the negative and returning to his family in Bangladesh feeling like a victim for the rest of his life, Rais stayed in the United States, rebuilding his version of the American Dream.  He studied computer technology in New York City and started a campaign promoting hope, forgiveness, and acceptance while travelling across the world to share his transformational experience.

As part of his speaking tour in Canada, Rais visited three Canadian cities namely Halifax, Montreal, and Québec City.  Consulate General Québec City hosted Rais on March 1-2 where he spoke to students and youth from a wide range of ages and social backgrounds, including high school students and a group at a youth center located on the South Shore of the Québec City area.  Rais also met with survivors of the mosque shooting and attended a reception hosted by Consul General Allison Areias Vogel at her residence.  At every stop, Rais made a positive impact, reaching audiences eager to hear more about his initiative to counter hate.  He also conducted French and English media engagements (radio and television), connecting with a wider public.

His live interview with Suzan Campbell, Quebec AM on CBC English radio is available here.