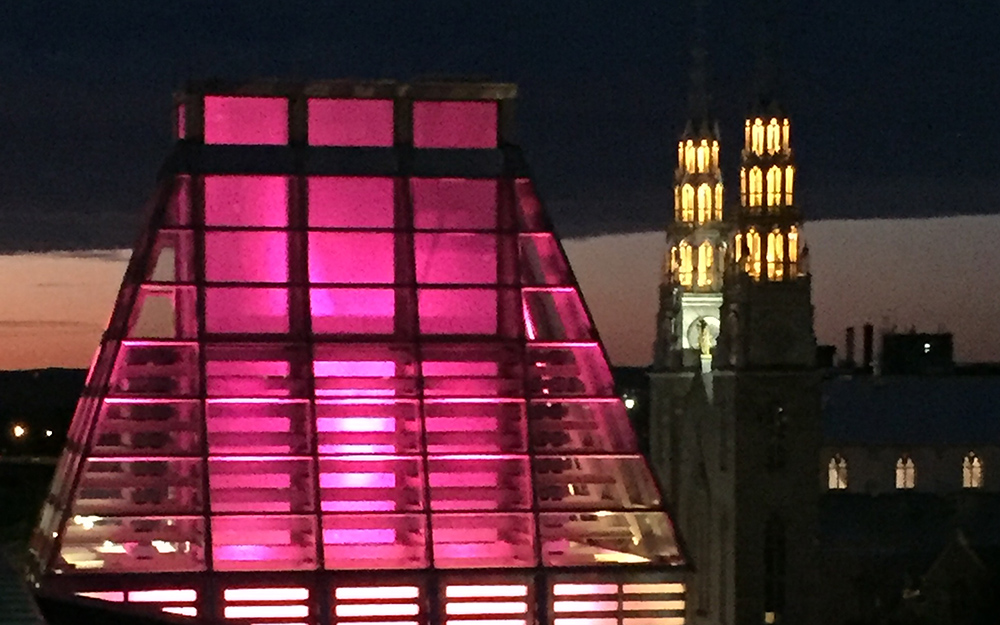 U.S. Embassy Ottawa tests out its pink lighting prior to the building being lit in pink for the month of October. (Credit US Embassy Ottawa)

“October is Breast Cancer Awareness month in the United States and Canada. In both our nations and around the world, too many lives are tragically cut short each year by this devastating disease. To honor the memories of those who have lost their lives to breast cancer, recognize the resilience of breast cancer survivors, and increase public awareness of what we can do to combat the disease, the United States Embassy in Ottawa will be lit in pink each night during the month of October.

“Breast cancer is one of the most common cancers among American women. The disease affects 230,000 women as well as 2,300 men each year. I join President Obama in encouraging U.S. citizens; federal, state, and local government agencies; the private sector; not-for-profit organizations; and all other interested groups to participate in initiatives that will educate Americans about breast cancer, support research for the prevention and treatment of the disease, and assist those who are fighting the battle against breast cancer.”