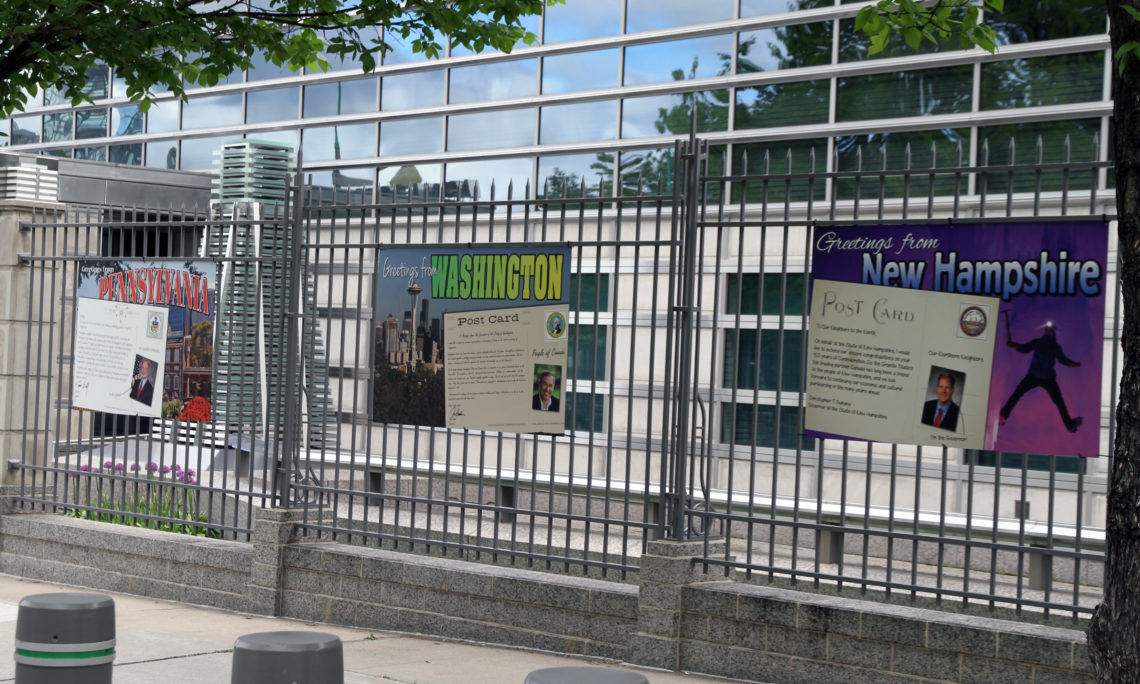 In commemoration of Canada’s 150th anniversary of Confederation, the U.S. Embassy in Ottawa is featuring congratulatory messages from governors of U.S. states bordering Canada in an exhibit now available for public viewing on the U.S. Embassy’s Mackenzie Avenue outer fence.

The messages from the eleven participating U.S. governors reflect their respect for and sincere appreciation of Canada. Their messages have been formatted into poster-sized post-card-displays from their individual states, describing the importance of Canada’s economic relationship with the United States and the unique historical, social, and cultural ties our two countries share.

The exhibit will be on display from June 2 until the first week of July. Media and members of the public are invited to enjoy the heartfelt messages from Canada’s friends and neighbors.

U.S. Embassy Chargé d’Affaires Elizabeth Moore Aubin will be available to debut the display for the media and participate in interviews on June 2.