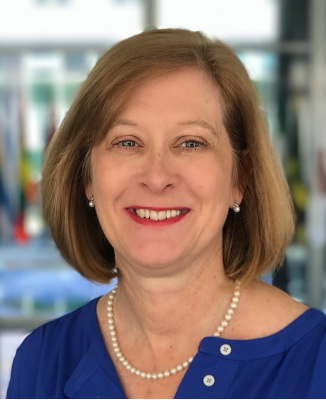 Susan R. Crystal assumed her duties as Consul General of the U.S. Consulate General in Toronto in October 2020.

A career member of the Senior Foreign Service with the rank of Minister Counselor, Consul General Crystal recently served as the Deputy Assistant Secretary for Professional and Cultural Exchanges in the U.S. Department of State’s Bureau of Educational and Cultural Affairs (ECA).  She was responsible for overseeing a broad array of professional, youth, cultural, and sports exchange programs for U.S. and foreign audiences.  She places a strong focus on mentoring, diversity and inclusion, and leadership coaching.

Consul General Crystal has held assignments in the Bureau of Global Talent Management in the Office of Career Development and Assignments where she and her team were responsible for advancing career development innovations for the 14,000 members of the Foreign Service.  Other Washington assignments include the Bureaus of Western Hemisphere Affairs and European Affairs.

Overseas, Consul General Crystal held public diplomacy positions in Australia, Ecuador, Haiti, Mauritius, and South Africa as well as in Ottawa, Canada where she served as the Minister Counselor for Public Affairs.  Prior to joining the Foreign Service, she worked in constituent services for a Member of the United States Congress.  Originally from Pittsburgh, she is a graduate of the School of International Affairs at Pennsylvania State University and holds a professional certificate in Leadership Coaching from George Mason University.  Her foreign languages are French and Spanish.