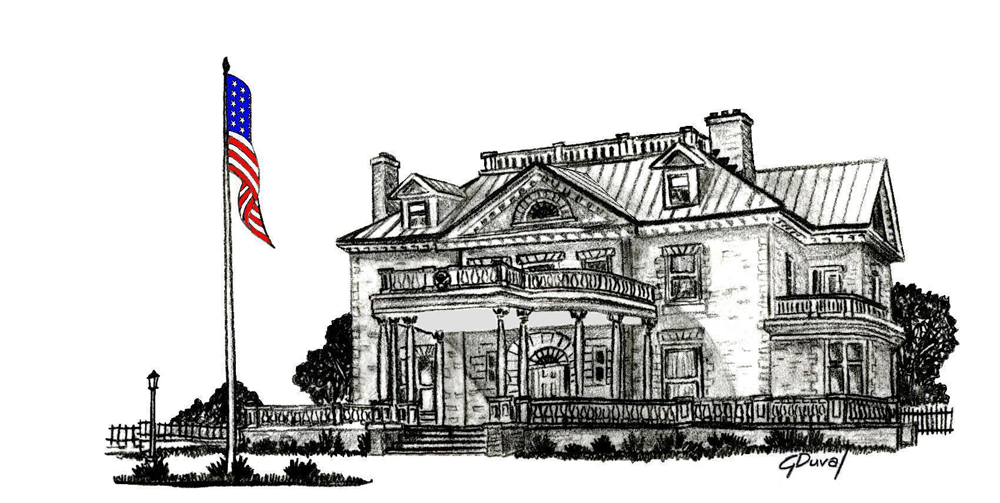 Lornado is the official residence of the United States Ambassador to Canada. It sits in a commanding location high above the confluence of the Ottawa and Gatineau Rivers in Rockcliffe Village in Ottawa, Ontario.

The home was built in 1908 by Warren Y. Soper, an Ottawa industrialist. Soper was the co-founder of the Ottawa Electric Railway — Ottawa’s first public transit system. The ornamental shelters located below Lornado and several other houses along the Rockcliffe Park Driveway, testify to his company’s streetcar line which once traveled this route.

Lornado was built on the Soper family cottage property. In homage to one of his favorite novels, Lorna Doone, Soper named the property “Lornado,” a name it has kept to this day.

The United States government purchased the property from the Soper family in 1935. From 1935-38, the mansion was slightly modified by the Department of State, but it still maintains many of its Edwardian influences. Despite modernization and refurbishing projects over the years, the interior of Lornado has retained its architectural integrity and much of its original decor. The home still uses some of its original heirloom furnishings and features original artwork on loan from American artists.

The 32 room, two-and-a-half story limestone manor commands a central place on the grounds of the property. From the opening of the enormous iron gate on Lisgar Road, up the winding driveway, from the immaculately manicured lawns and landscaped gardens to the majestic mansion that quickly comes into view, it is clear that the historic residence of the U.S. Ambassador to Canada is extraordinary. The property encompasses ten acres of grounds, a greenhouse, maintenance buildings, and a gatehouse.

If the walls and grounds of Lornado could talk they would provide a fascinating look back into Ottawa’s history, and testify to the long and strong ties that bind our two nations in friendship. Over the years, many distinguished Americans and Canadians have been guests at Lornado. The list includes many U.S. Presidents and all Canadian Prime Ministers since 1935. American and Canadian visitors have included students, trade delegations, military officers, state governors, congressmen, diplomats, entrepreneurs, academics, bankers, artists, industrialists, educators, and U.S. and Canadian government officials.

Lornado is the venue for the Ambassador’s annual Independence Day celebration, each July 4th, when guests enjoy the spectacular grounds and sophisticated cuisine, mark the anniversary of 1776, hear the anthems of both countries, and witness the U.S. Marine Guards perform their flag drill, the Presentation of the Colors.

Ambassadors’ families consider it a privilege and an honor to act as responsible temporary custodians of this remarkable home and property.