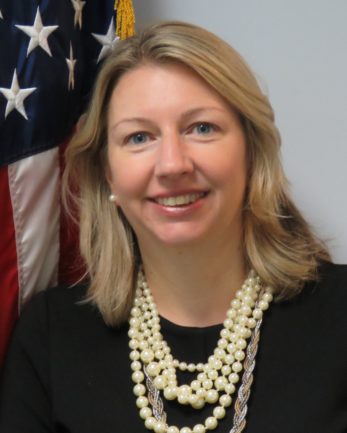 Andrea JP Wiktowy assumed her current position in July 2018.  Most recently, she served as a Career Development Officer for entry-level Foreign Service Officers at the U.S. Department of State in Washington, DC. Her other domestic assignments include tours as an Instructor at the Foreign Service Institute and as a Public Affairs Officer in the Bureau of Consular Affairs. Additionally, she has held overseas assignments in Ottawa and Buenos Aires.

Originally from Washington, D.C., Ms. Wiktowy attended the University of St. Andrews in Scotland and obtained her law degree from the Catholic University of America, Columbus School of Law in Washington, DC. She practiced law for four years before joining the Foreign Service. She is married to Michael, an Aerospace Engineer, and has two children.  She speaks French and Spanish.