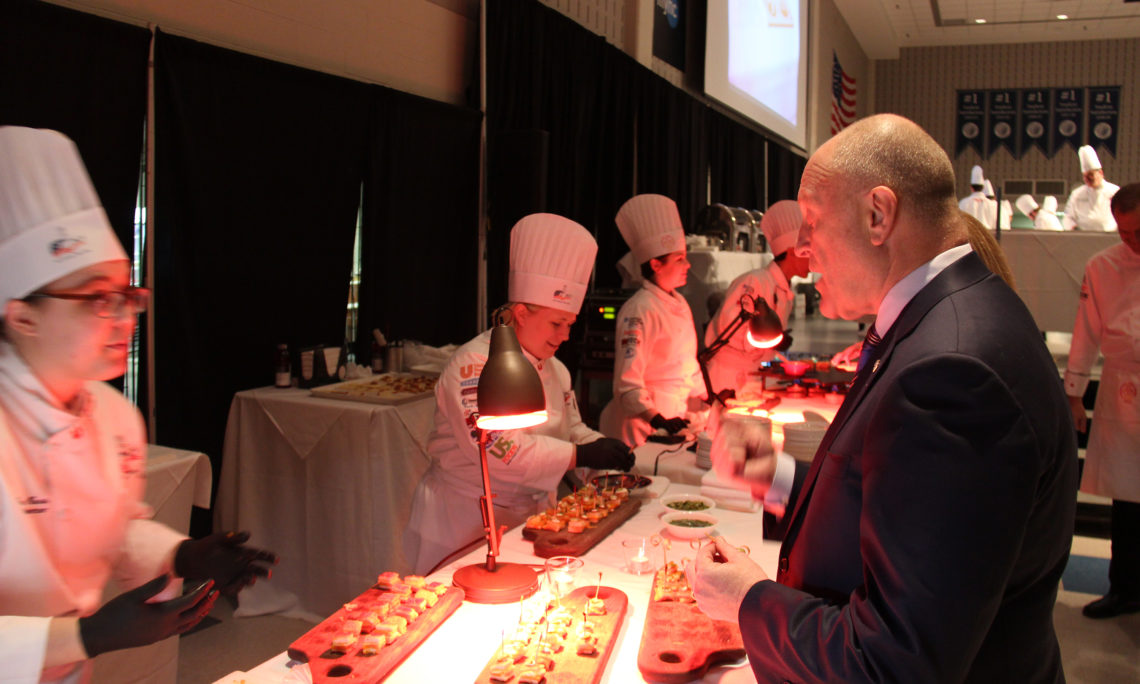 Junior Culinary Team Canada welcomed the American Culinary Federation (ACF) Culinary Youth Team U.S.A to Niagara College Canada on January 9, 2016. In addition to competing against each other, the national junior teams practiced for the upcoming Culinary Olympics to be held in October of 2016. Canada was judged the winner by the group of internationally accredited judges and both teams ended the night by preparing a six-course meal at a sold-out gala dinner that included local government officials as well as the United States Ambassador to Canada Bruce Heyman and his wife Vicki Heyman who gave the keynote address at the gala dinner. The Internationale Kochkunst Ausstellung (IKA) Culinary Olympics is held every four years in Erfurt, Germany, drawing best chefs from around the world as they compete for gold medal standing. Good luck to the U.S. and Canadian junior culinary teams as they prep for the ‪‎Culinary Olympics!