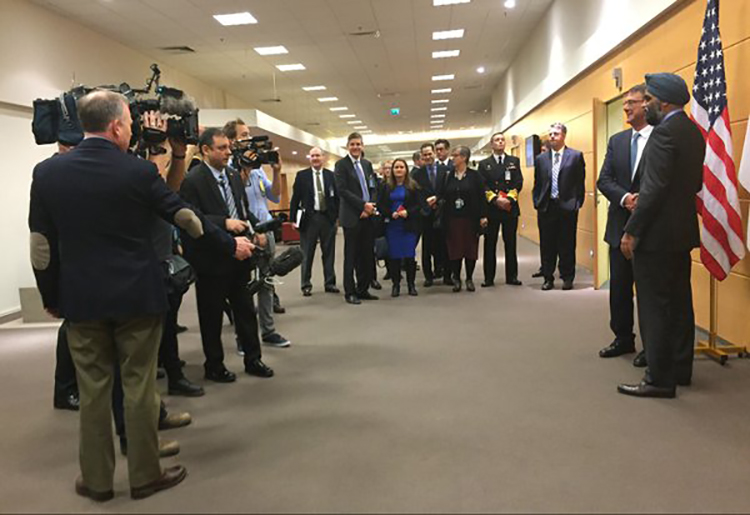 Secretary of Defense Ash Carter met for the first time today with Canadian Minister of National Defence Harjit Sajjan at NATO headquarters in Brussels. The two discussed the counter-ISIL campaign, and the secretary reinforced the United States’ commitment to intensify the fight against ISIL. He thanked the minister for Canada’s announcement to triple their training mission in northern Iraq, double their intelligence effort, as well as expand their humanitarian and development contributions. The leaders also discussed how Canada will continue to contribute to the air campaign by conducting refueling and aerial surveillance operations.

Additionally, Secretary Carter and Minister Sajjan talked about the situation in Afghanistan. Both agreed that the Afghan security forces have made progress, but they will need additional support going forward.

Both reiterated the unbreakable bonds between the two countries and the importance of the longstanding military ties between the United States and Canada. They committed to stay in close communication.