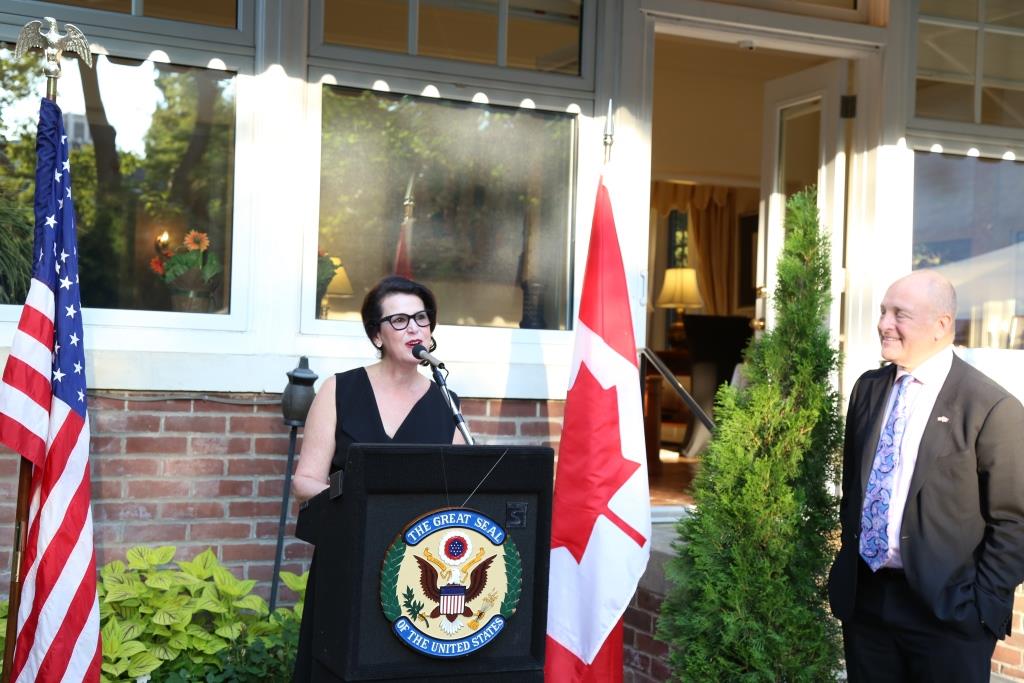 On the evening of September 13th, Ambassador Bruce Heyman and his wife, Vicki, co-hosted a reception with Consul General Juan Alsace and his wife Nancy for 200 guests in honor of the Toronto International Film Festival (TIFF) at the Consul General’s residence. This fourth annual TIFF reception provided networking opportunities between U.S. and Canadian entertainment professionals and industry representatives and honored the American Friends of TIFF, a U.S. non-profit organization dedicated to supporting TIFF programming. Ambassador Heyman, Consul General Alsace, Mrs. Heyman, TIFF Board Chair Lisa de Wilde, and Industry Development Director of the Ontario Media Development Corporation Kristine Murphy all gave remarks which was followed by a performance from Canadian singer Luke McMaster. In his remarks, Ambassador Heyman stated that “We always leave TIFF feeling reenergized, recharged, and inspired by the films that create understanding and cooperation and that inspire dialogue and debate.”