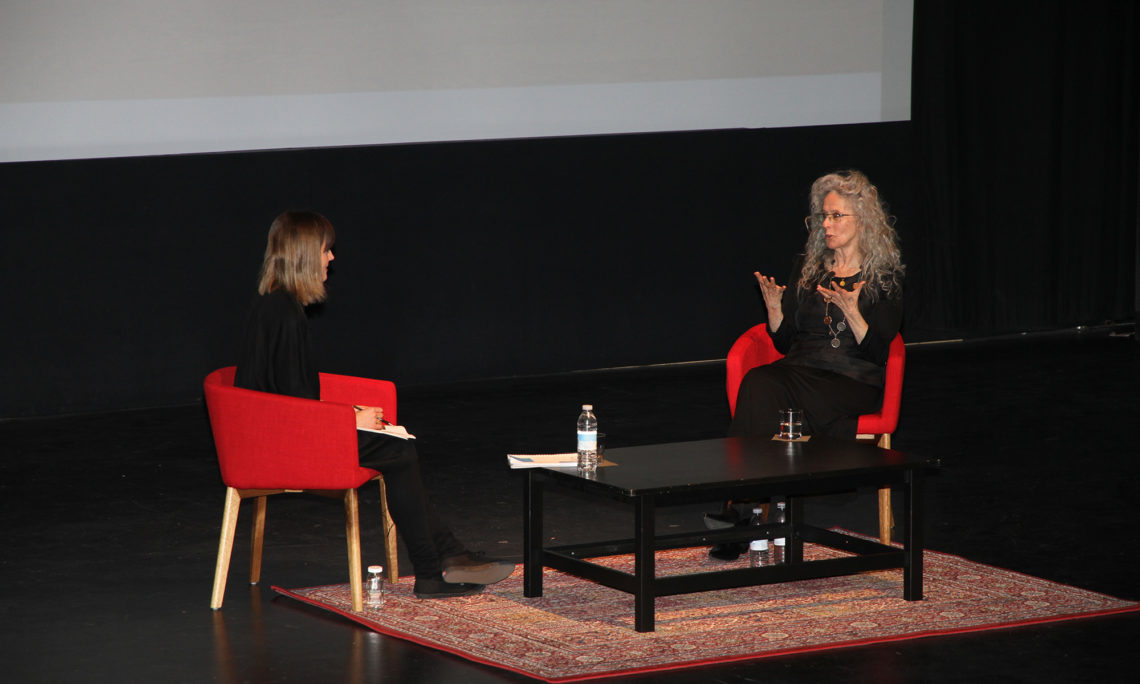 Kiki Smith speaks at the National Gallery of Canada as part of the Contemporary Conversations series. (Credit US Embassy Ottawa)

Back by popular demand, the Contemporary Conversations series (#artconvoAIE) kicked off its 2016 season Thursday, March 31, with a capacity crowd as more than 500 guests came out to hear American artist Kiki Smith speak at the National Gallery of Canada in Ottawa, ON.

The daughter of celebrated visual artist Tony Smith, Kiki Smith is renowned in her own right, having received numerous arts and culture awards and with work in more than 30 public collections worldwide. Her father’s artistic influence casts a long shadow, but it’s one she happily embraces: “It’s great to have this fluid dialogue with my ancestors [through my work].”

Kiki Smith offered a look at her history as an artist, starting with musings on her early work (“I was a late bloomer; almost everything I made in the beginning I dreamed about first”), her experimentation with a variety of materials (“I do work in stained glass and printmaking, for example, because I have a need to know everything about it… I just learn on the job”), and the civic responsibility of an artist (her belief that public art creates a communal sense of pride in communities).

Perhaps her most salient message of the evening — woven among charming anecdotes and other words of wisdom — was about what it means to be an artist:

“As artists, we just have to take what we’re given and use it. Each of us is unique and it’s important to honor that in ourselves and in other artists. The only thing stopping us is our own brains… we have no external barriers to creating art. And that is a great privilege.”

The Contemporary Conversations series — organized by the United States Embassy in Ottawa, the U.S. Department of State’s Art in Embassies program, and the National Gallery of Canada — will feature two more artist lectures in 2016: Theaster Gates (May 12) and Anne Chu (September 29). Kiki Smith and Tony Smith: Masterpiece in Focus exhibition is on display at the National Gallery of Canada until April 24, 2016.