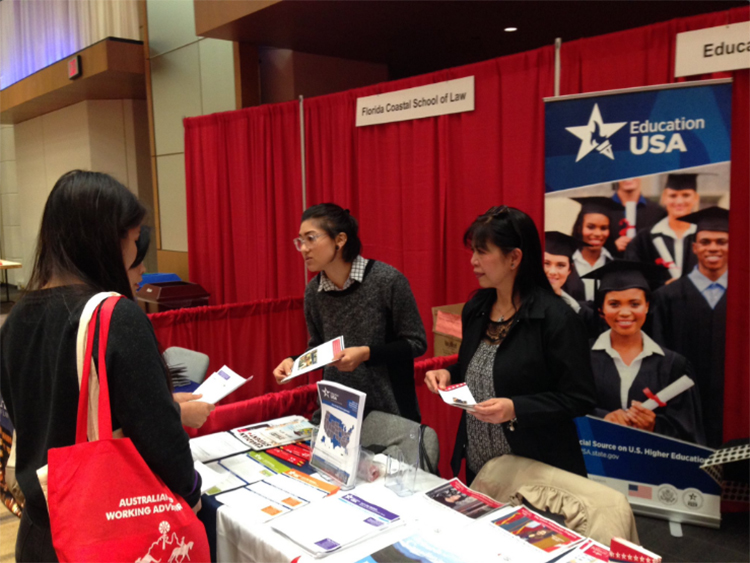 On October 1-2, 2016, alumni from the Killam and Fulbright Programs joined representatives from the Consular and Public Affairs Sections of the U.S. Consulate General in Toronto at the Study Abroad Expo at the Metro Toronto Convention Centre. The team spoke to hundreds of students who were thinking of studying abroad in the USA. High numbers of students visited the booth who were interested in accessing the resources of EducationUSA and exploring various options for undergraduate and graduate study at American universities. This is one of the largest annual educational events in the Toronto area and is usually attended by approximately 7,000 high-school and university students.