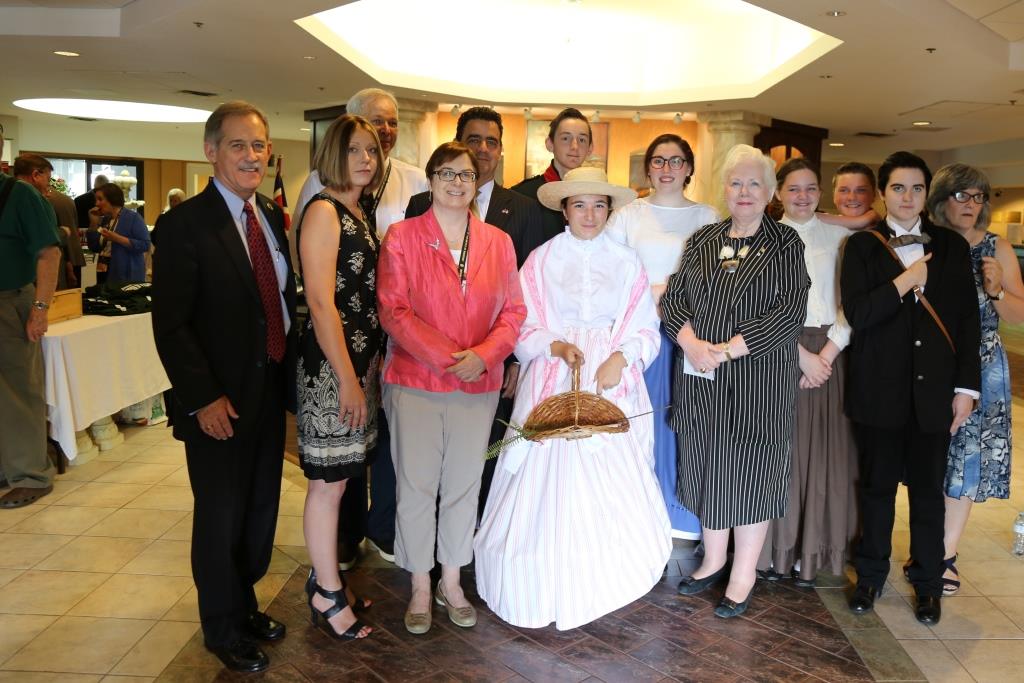 On June 2, Consul General Juan Alsace and Toronto’s Public Affairs Section attended the Fenian Raids Historical Conference in Fort Erie, Ontario to commemorate the 150th anniversary of the Battle of Ridgeway. Organized by the Ridgeway Reads Literary Society, the conference gathered distinguished guests and authors from Canada, Ireland, and the United States to discuss the historical events surrounding the raid and the significance of the political climate on the Canada/U.S. border during the 1860s. Ontario’s Lieutenant Governor Elizabeth Dowdeswell, U.S Consul General Juan Alsace and Mayor Wayne Redekop of Fort Erie, addressed the role of the Fenian Raids in the formation of robust ties between Canada and the U.S. and its impact on the history of immigration, community organization, and movement for democratic independence. In addition to the lectures, panels, and information sessions, students from Ridgeway Crystal Beach Secondary School performed a living tableau monologue in period dress to celebrate the cultural setting of the 1860s. The U.S. Consulate General in Toronto also supported the Fenian Raids Historical Conference through Mission Canada’s public diplomacy grants program funding the participation of eight renowned American authors.