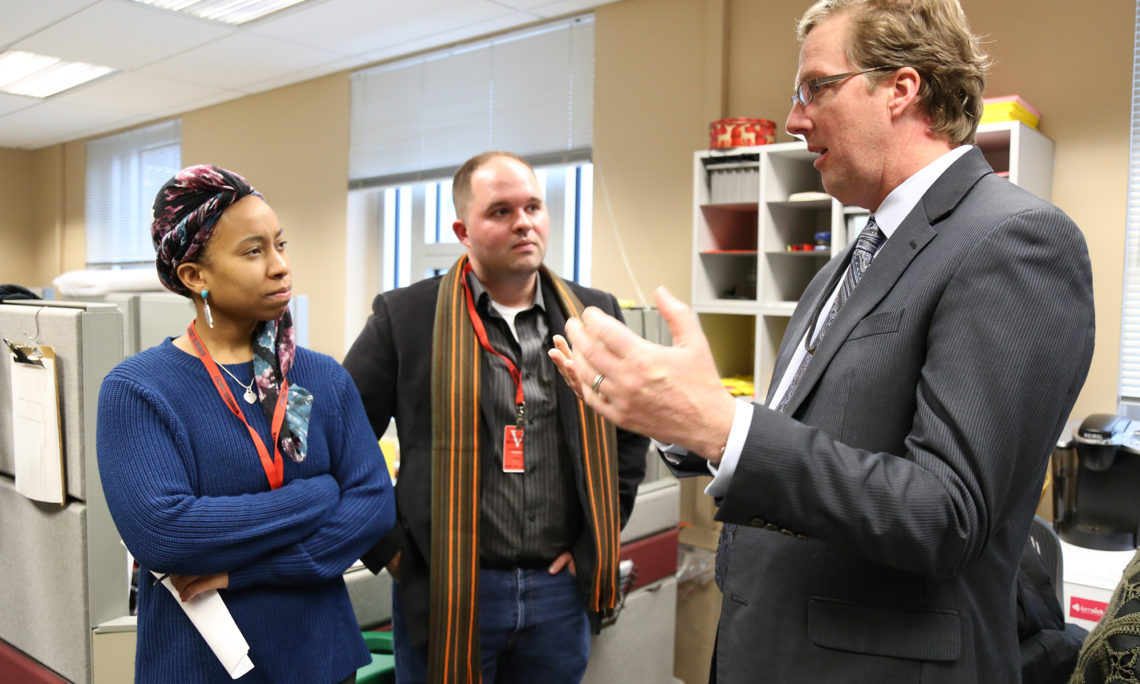 The United States Consulate General in Toronto processed just over 100,000 visa applications in 2015 as part of U.S. Mission Canada’s effort to provide high quality customer service to all consular services patrons — Canadian citizens, U.S. citizens, and third country nationals. Out of these visa applications processed by the Consulate General last year, over 25,000 students applied for visas from the 20 universities and 24 colleges in Ontario. As part of its ongoing outreach program to colleges and universities in Ontario, the Consulate General invited student media to visit its Consular Section for a tour on January 28, 2016. Consular Chief Scott Renner and Vice Consul Nina Murray introduced the reporters from The Brock Press and East York Observer newspapers to a behind-the-scenes look at the visa operations in Toronto. They also answered questions about visa processing and the Consulate’s efforts to support educational exchanges.

The Consulate continues its active outreach to the student media in order to demystify the U.S. visa application process for the students in particular. Reporter Amanda Borthwick from University of Toronto — Mississauga’s newspaper The Medium interviewed Consular Chief Scott Renner during the Consular Section’s presentation at the university: http://themedium.ca/features/advice-from-behind-the-glass.