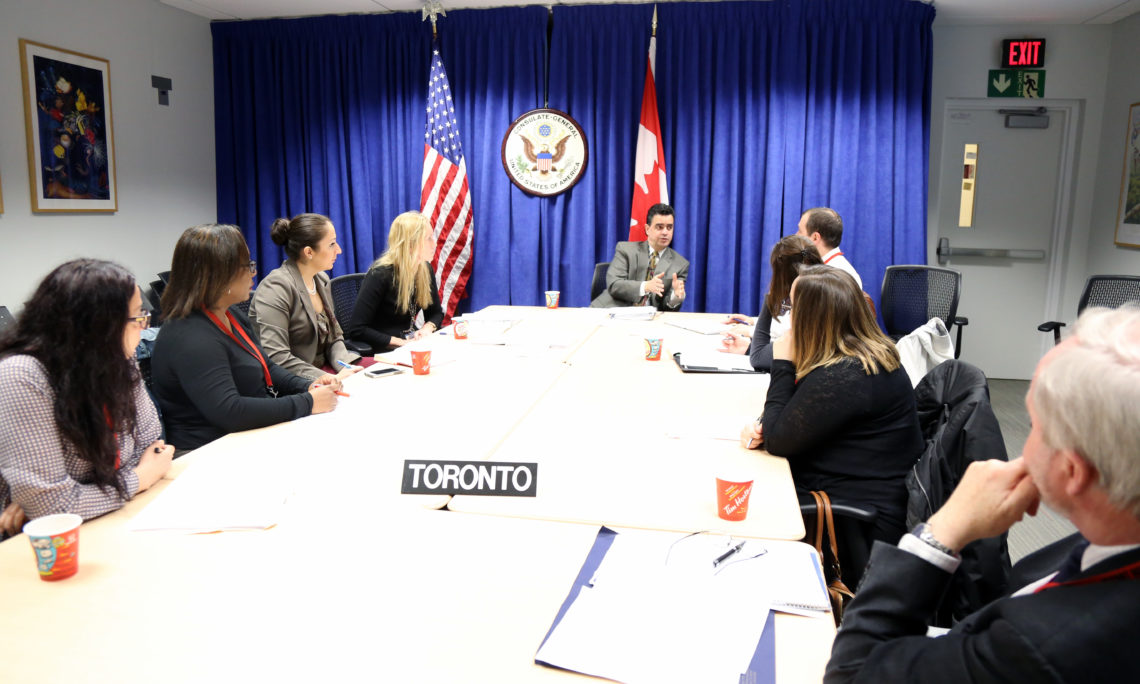 On March 10, 2015, the U.S. Consulate General in Toronto hosted the third educational exchanges working group meeting with representatives of eight colleges and universities and the Ontario provincial ministry of education. At this meeting, the Consulate’s Public Affairs Section (PAS) presented the results of a Consulate-driven survey on exchanges mobility between Canada and the U.S.

In addition, PAS announced that six of the university administrators from the roundtable were confirmed to participate in upcoming IVLP On-Demand programs in March (Women in STEM) and June (Educational Exchanges) 2016. During the meeting, PAS Toronto also shared information on the upcoming NAFSA conference, including details on the 100,000 Strong in the Americas and other Canada relevant workshops. On the same note, the working group representative from the Ontario Ministry of Training, Colleges and Universities updated the group on the work that is being done with the Canadian Federal Government to amplify opportunities for U.S.-Canada educational partnerships during the NAFSA conference in Denver.