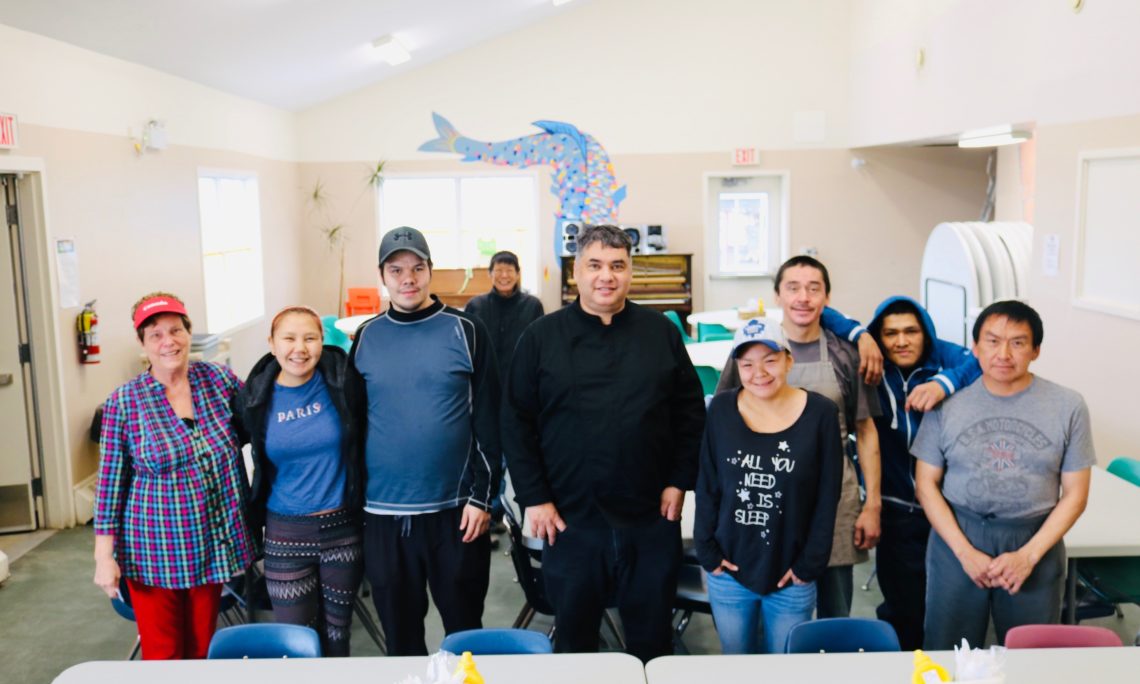 During her trip to Iqaluit to attend the Nunavut Trade Show, Consul General Allison Areias Vogel met with elected officials, including Premier Joe Savikataaq as well as local leaders. Michael Lockley was one of them.

Michael Lockley stands proudly in his kitchen as a man who has finally found his path in life in Iqaluit, Nunavut.  After a long journey of concert halls and European tours for 25 years, Michael put an end to his career as an opera singer and moved to New York, then Montreal where he attended culinary school, then France, where he continued to pursue his culinary passion. But Michael’s quest to inspire and help communities in need was still relentless, so he decided to move to Iqaluit and “make food for people who need it.”

As is the case with other Northern and remote communities, Nunavut continues to face massive challenges and a tremendous lack of food security.  The territory holds the highest rate of household food insecurity in Canada as one in three people experiences food insecurity every month.

Michael’s persistence to make a difference and help Northern communities took a new meaning when he started to make some volunteering for the local soup kitchen. He was quickly offered a job to train local people to help him prepare the meals at the Qajuqturvik Food Centre where he ultimately became its Executive Chef. In his role, Michael makes sure men, women and children feel welcome, and that everyone can has access to generous portions of high-calorie food, necessary for the glacial temperature in the Arctic.  He was determined to address the lack of home-baked goods and counter the absence of employment opportunities for persons with physical and mental disabilities, criminal records or lack of experience. Michael currently oversees the Qajuqturvik Food Centre and the inclusive Café that both work hand in hand as the café helps in the daily operation of the soup kitchen, which in turn could incorporate the Café’s output into its meals.  The Food Centre serves an average of 80 meals a day and started to offer take-outs, for a total of 200 meals a day!

Thanks to Michael’s dedication, Iqalummiut can now benefit from this inclusive work place that teaches local people culinary art and how to find purpose in life and become good employees.  In fact, many of them have been able to transition to other jobs after being trained at the Quajuqturvik Food Centre.