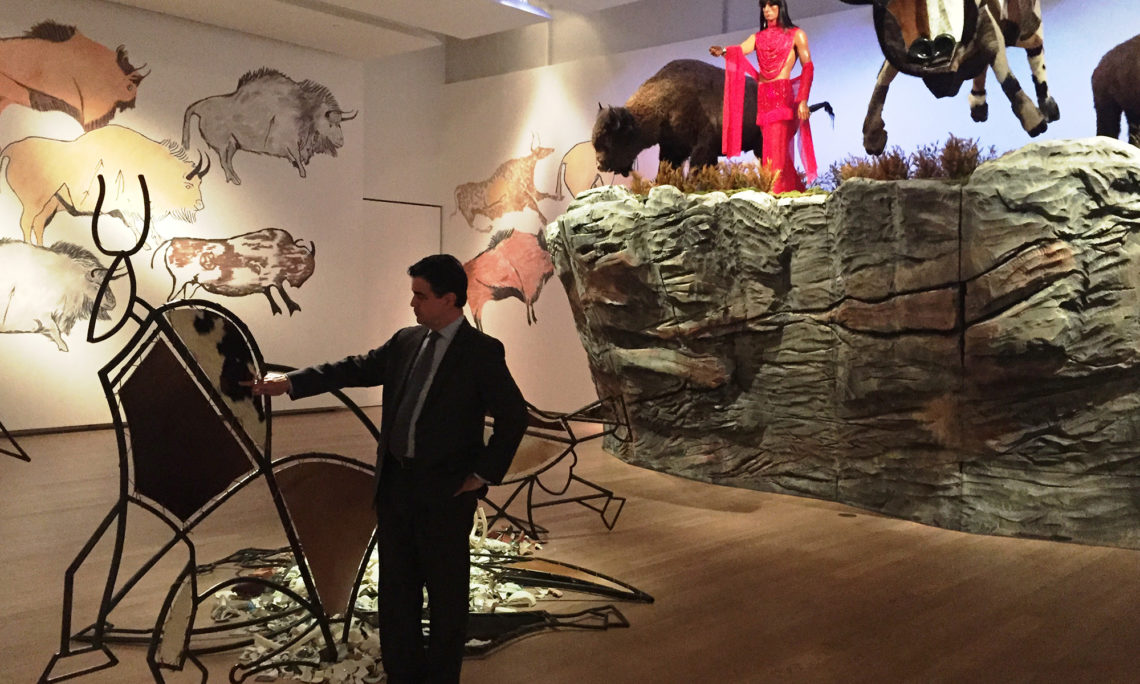 Consul General Juan Alsace gave remarks at the opening reception of a student exhibition titled “Reflections on Culture and Identity” at the Gardiner Museum on January 6, 2016. Students in the Sheridan College Ceramics Program and in the Indigenous Visual Culture Program at OCAD University exhibited their work generated from the exchange visit of two professors from the Institute of American Indian Arts for the final week of the acclaimed exhibition, “Kent Monkman: The Rise and Fall of Civilization.”

“I would like to thank Kent Monkman and the two artists from the Institute of American Indian Arts (IAIA), Joanna O. Bigfeather and Jim Rivera, for so eloquently supporting cross-border initiatives to encourage conversations about indigenous issues,” said Consul General Juan Alsace at the reception. “It is through artists like you that the Gardiner Museum and the U.S. Consulate General in Toronto are able to promote cultural diplomacy and start meaningful conversations about questions that matter to Americans and Canadians.”

Funded by the US Consulate Toronto, Bigfeather and Rivera led workshops where students were able to explore the commonalities and differences between Indigenous visual arts practices in Canada and the United States. The results reflect a rich exploration of identity, shared history, and artistic expression. The student exhibition “Reflections on Culture and Identity” was on display from January 5 to 12, 2016.