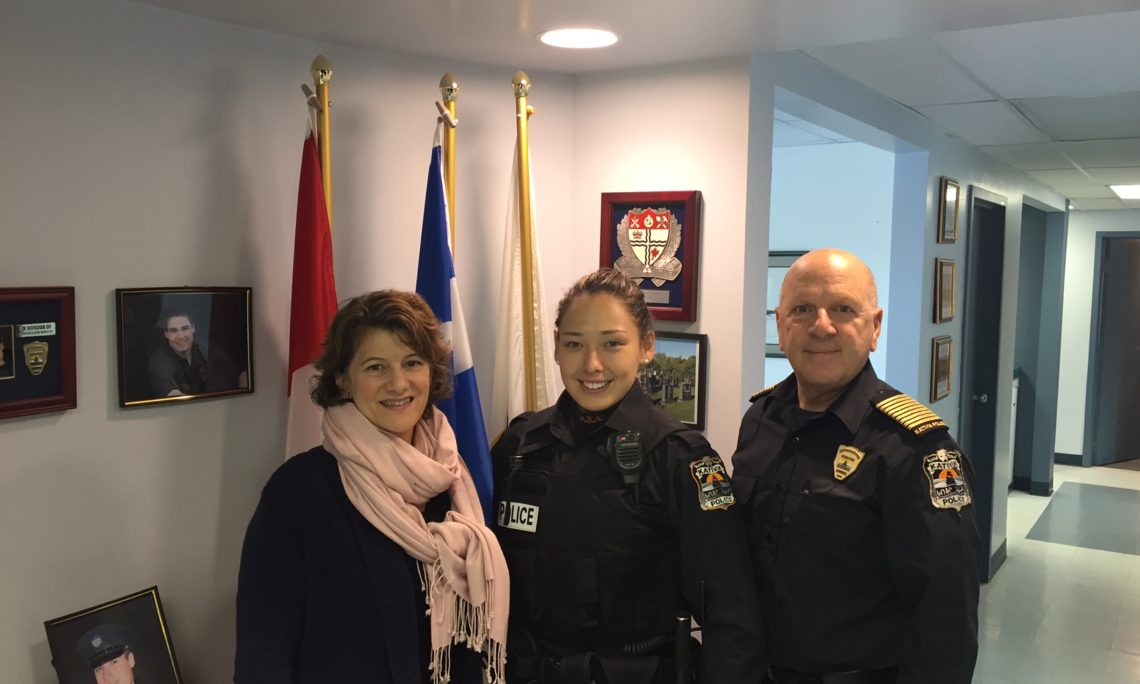 Consul General Allison Areias-Vogel and colleagues from the U.S. Consulate General in Québec City traveled to Nunavik and Abitibi-Témiscamingue in northern Québec.  One of the main objectives of the visit was to explore areas for potential collaboration in economic, environmental, and social fields.

In Nunavik, they met with officials including Mayor of Kuujjuaq Tunu Napartuk, the Chief of Police, and the first female Inuk officer at the Kativik Regional Police headquarters.  Discussions with representatives of Makivik Corporation offered an insightful overview of economic development in Nunavik.  The visit featured meetings with researchers at the Nunavik Research Center, which monitors environmental conditions that have an impact on the community, such as diseases or weather affecting traditional food sources.  Discussions with representatives of the Qarjuit Youth Council covered issues facing Northern youth, including drug abuse and suicide.

In Abitibi, the visitors met with the mayors of Amos, Rouyn-Noranda, and Val d’Or, as well as high school students on the Lac Simon Algonquin Reserve.  They also visited businesses involved in the mining sector, including a gold mine operated by Agnico Eagle.