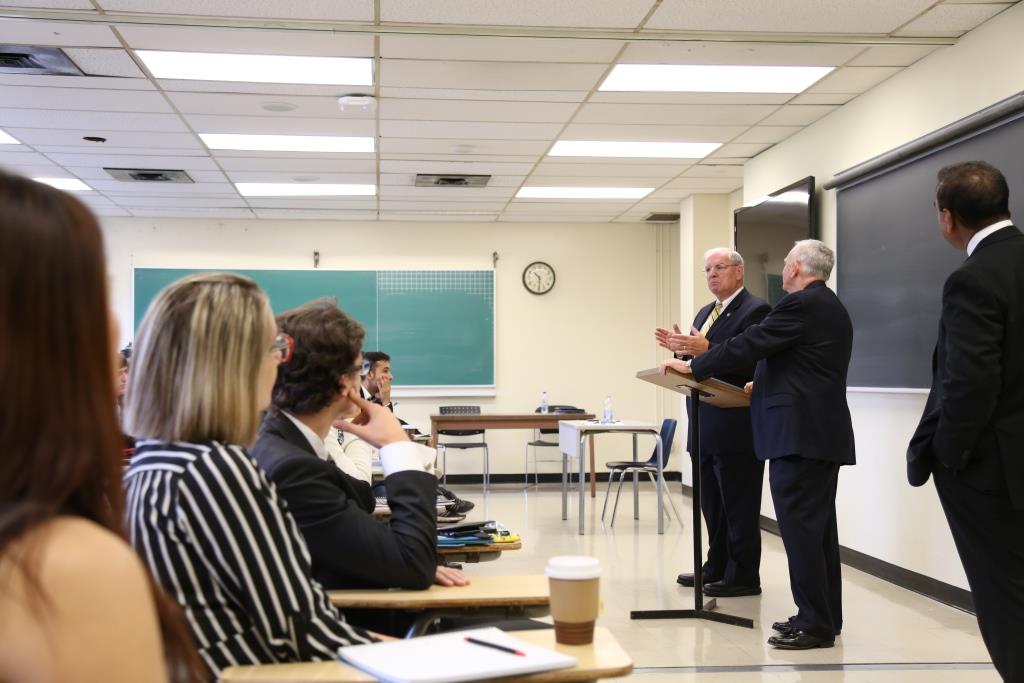 On Monday, September 26, two former Congressmen, Republican U.S. Representative Steve Kuykendall from California and Democratic U.S. Congressional Representative Martin Lancaster from North Carolina, visited and spoke at three educational institutions in Toronto — Glendon College and McLaughlin College at York University, and the University of Toronto. The speaker series was part of a program sponsored by the U.S. State Department, the U.S. Mission to Canada, and the Association of Former Members of Congress’ “Congress to Campus” program. The former Congressmen shared their political opinions and personal analyses about the upcoming U.S. Presidential Election, providing their unique perspectives from the Republican and Democratic Parties.