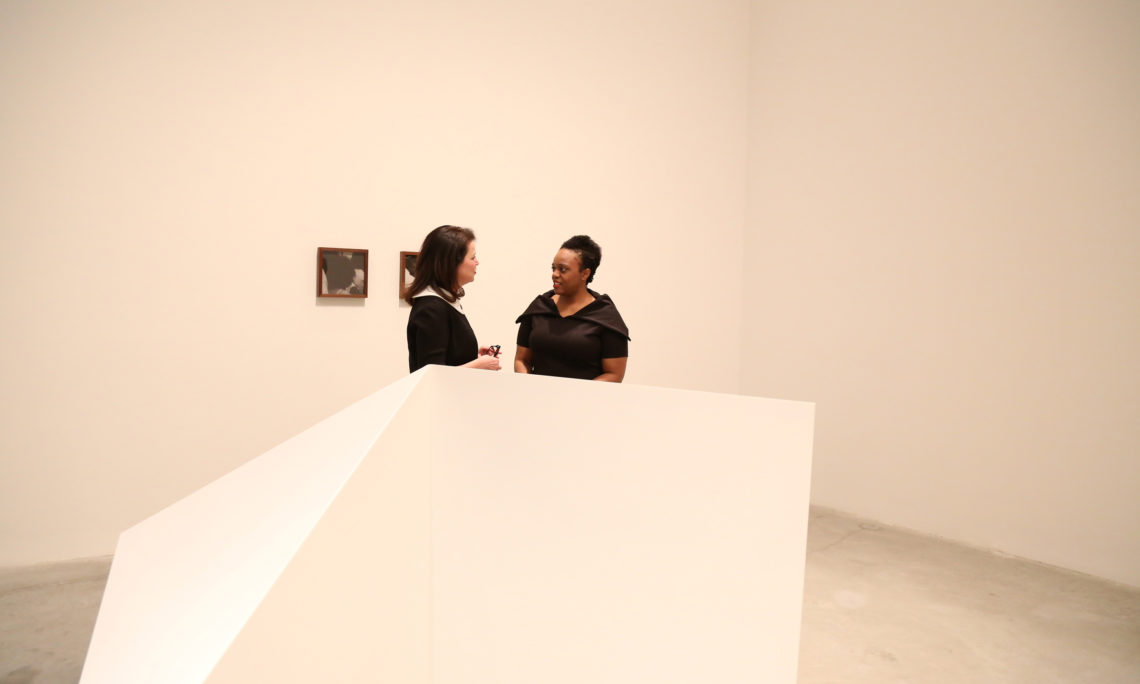 “Art and the artist’s voice are the most powerful agents for change,” said Mrs. Heyman. “It is through your art, sensitivity and concern for justice, in which we will reach our highest potential as humans and as countries.”

This collaborative project with New York-based artist and cinematographer Bradford Young, originally from Louisville, KY, Untitled (Structures), is a response to the Adelaide de Menil Carpenter and Edmund Carpenter photography collection at the Menil Collection in Houston, Texas. The collection consists of photographs by Bob Adelman, Leonard Freed, Bruce Davidson, Danny Lyon, Dan Budnick, and Elliott Erwitt that document the Civil Rights movement in the United States. Inspired by the epic nature of the collection and critical of the gaps and the silences in the collection regarding the history it represents, Hewitt, in collaboration with Young, worked on Untitled (Structures). The film-based project spanned two years of research addressing the perceivable limits of still photography and the photojournalistic forms. The succession of non-linear silent film vignettes in Untitled (Structures) points to private spaces often unseen and explores landscape, interiority, and notions of time. The film footage was shot on location in Memphis, TN, Chicago, IL and the Mississippi Delta region in Arkansas. The exhibition also includes a selection of works from Hewitt’s individual practice informed by her collaboration with Young and research into experimental film.

More photographs from the event are available in our Flickr gallery. The exhibition will run at the Power Plant from January 30 – May 15, and is supported by a grant from the U.S. Consulate General in Toronto.