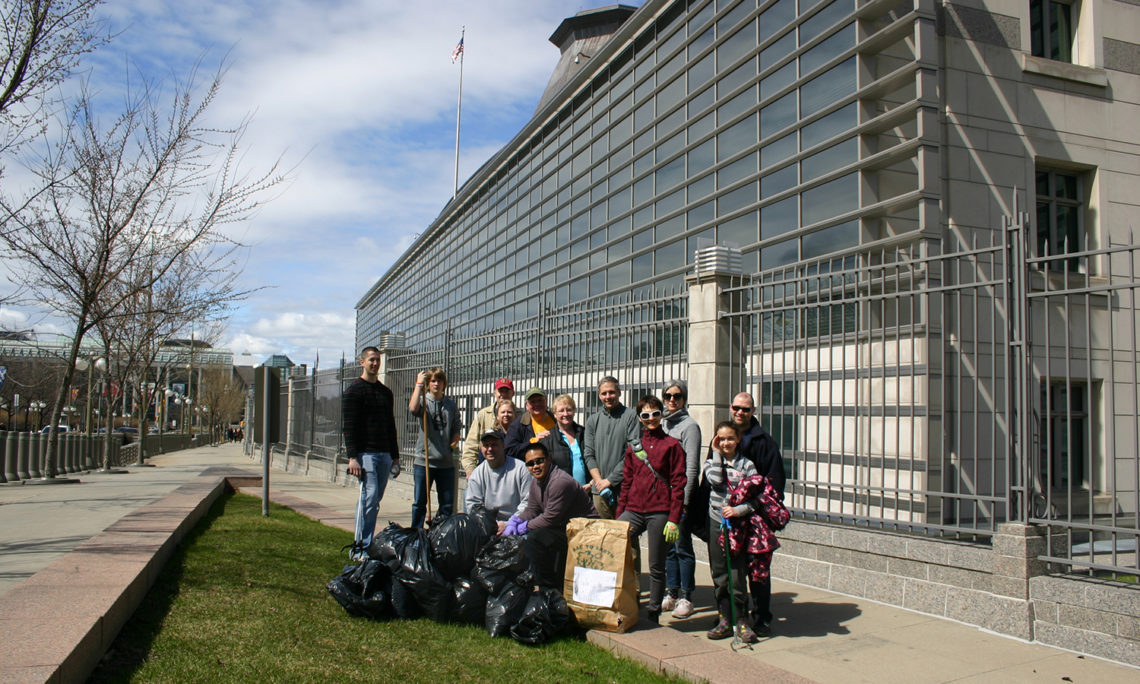 Led by the Embassy Green Team, approximately 20 Embassy staff, friends and family met up in downtown Ottawa on Sunday afternoon to clean the area around the Embassy grounds, as well as Major’s Hill Park and the shoreline along the locks of the city’s famed Rideau Canal. By the end of their efforts, several garbage bags’ worth of litter had been removed from the public spaces around the Embassy.

The Embassy volunteers were just a few of the approximately 80,000 people across Ottawa taking part in the 22nd iteration of Tim Hortons Cleaning the Capital. The campaign takes place twice annually, in the spring and fall of every year. Since the first Cleaning the Capital in 1994, over 1 million volunteers have participated in over 16,000 cleanup projects throughout the city, and have helped remove an estimated 1.7M kilograms of waste from public spaces. For more information on Cleaning the Capital, visit ottawa.ca.