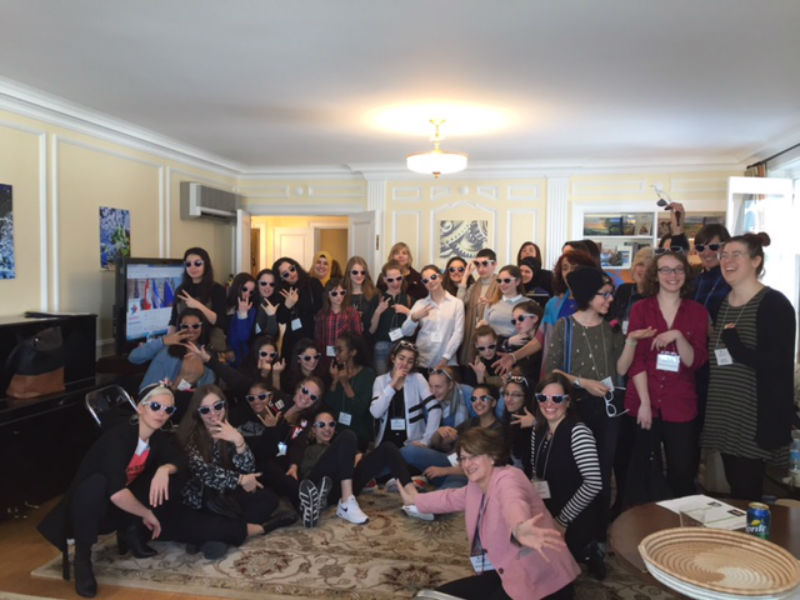 Thank you for the introduction. Good morning ladies and Happy International Women’s Day!

It is such a pleasure to be here with you today. First, I would like to thank you all for joining us! Thank you, Consul General Allison Areias-Vogel and her team; the Consulate General of France; Le Conseil du Statut de la Femme; YWCA Québec and Mrs. Madeleine Champagne from Les Amies d’Affaires for organizing this event on this very special day.

There is a saying that women are living poems, so I chose an excerpt from the American poet Maya Angelou: “You may encounter many defeats, but you must not be defeated. In fact, it may be necessary to encounter the defeats, so you can know who you are, what you can rise from, how you can still come out of it.”

Today, I’m delighted to take the opportunity to celebrate diversity and talents, courage and determination of inspiring women who helped shape our societies.

The empowerment of women has evolved over the decades, but we still have more to do in our quest for equality and justice for all. In the United States and Canada, governments and the private sector have been doing remarkable work to make sure women have opportunities to contribute to political and economic progress.

The United States is committed to empowering women and girls while achieving gender equality globally. This commitment is in our strategic interest; we know no economy will fully prosper if half its population is excluded from participating. Supporting women and girls is a high priority in American foreign policy. We strive to include women and girls at every level of U.S. diplomacy, partnerships, and programs. The Department of State, working with the organization American Women for International Understanding, honors extraordinary women leaders from around the world with the annual International Women of Courage Award. This year, the ceremony will be held on April 6 in Los Angeles.

Last month, I had the honor of speaking at the Federal Women’s Program networking event, bringing together women and men from government, business, and the diplomatic corps, and highlighting the need to boost women empowerment. As our new Secretary of State Rex Tillerson has stated, “When you empower women, you change the future of the country because you change the cycle of that family.”

For the Department of State, our theme for International Women’s Day is “Be Bold for Change.” We support and encourage efforts around the globe to empower women politically, socially, and economically. When women are bold for change, the benefits extend throughout our societies.

During the recent visit of Prime Minister Trudeau to the United States, President Trump and Prime Minister Trudeau announced the formation of a United States-Canada Council for Advancement of Women Entrepreneurs and Business Leaders. They brought together Canadian and American women who are leaders in business to serve on the Council. When they gathered in the Oval Office, they discussed how to promote equal opportunities for women in the workforce, barriers to women’s participation in the business community and how to remove those barriers, and ways to support women in their careers. This goal of the Council is to “promote the growth of women-owned enterprises and to further contribute to our overall economic growth and competitiveness, as well as the enhanced integration of our economies.” On February 28, President Trump signed two bills to promote women entering and leading the STEM fields — science, technology, engineering and math. He recently proclaimed March 2017 as Women’s History Month, stating that the United States are resolute in its commitment to supporting women’s continued advancement in America and around the world.

Today, we join you in Québec, throughout Canada, and around the world to celebrate women! Extraordinary women and young girls who are with us, here and now. We honor the memorable achievements of women throughout history, and praise the women who continue to lead and inspire us.