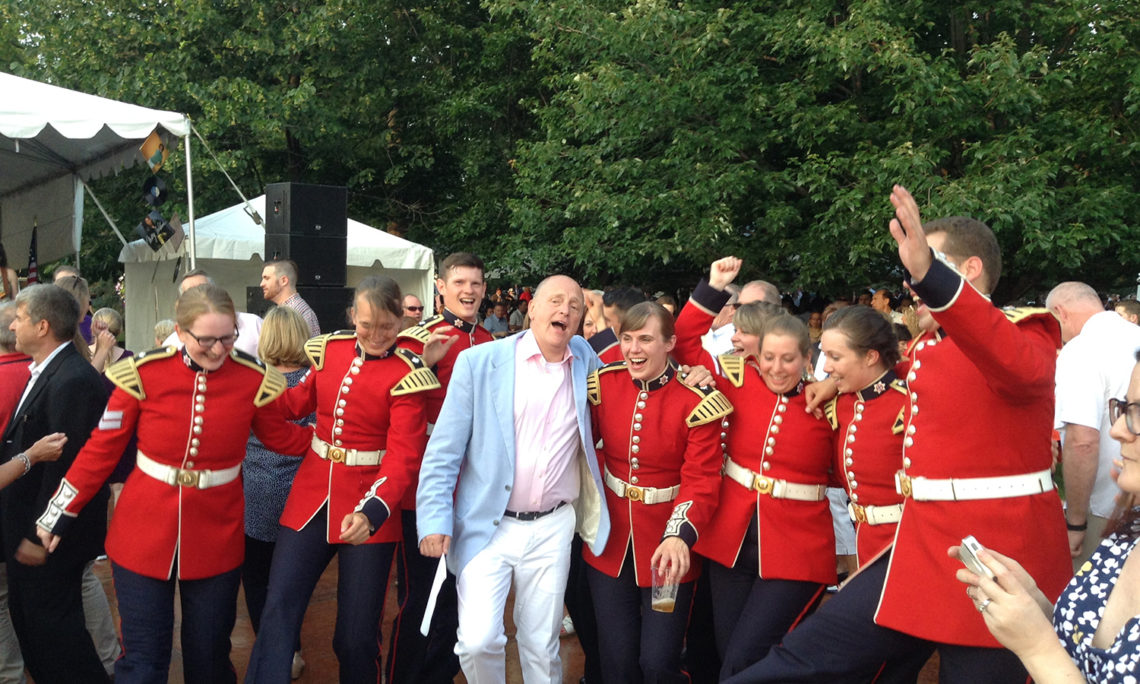 Ambassador Heyman dances with members of the Governor General's Ceremonial Band at the Embassy's Fourth of July party.

Welcoming the guests to their home, Ambassador and Mrs. Heyman shared the stage with Canadian Minister of Foreign Affairs Rob Nicholson, as all spoke about the close relationship the United States and Canada share. The Heymans also reflected on the fifteen months since they arrived in Canada, praising Canadians from coast to coast to coast for their warmth and hospitality.

“Vicki and I would like to use this opportunity to thank each and every one of you for sharing your incredible country with the two of us,” Ambassador Heyman said. “This first year in Canada has been one of the most memorable years of our lives. We feel honoured to call Ottawa and Canada our home.”