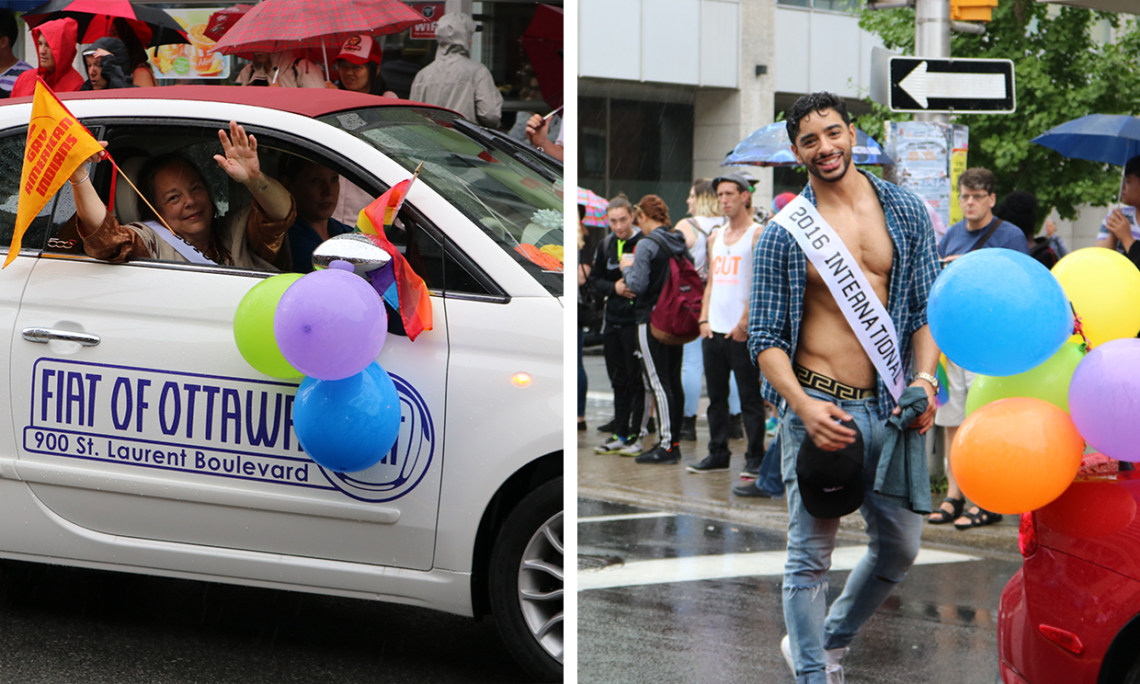 Ottawa’s local weather service will tell you it rained on this weekend’s downtown Pride parade, but onlookers will attest there was not a dampened spirit in sight as the city’s LGBTI community and supporters turned out with great enthusiasm to celebrate Ottawa Capital Pride 2016!

Laith Ashley, a transgender model, activist, and former LGBTI youth counsellor, said in an interview with CBC’s All in a Day host, Alan Neal, he was surprised and honored that Ottawa Capital Pride was not only aware of him, but that they should want him to play such an important role in this year’s festival. His openness, positive attitude, and dazzling model smile made Laith Ashley a crowd favorite as he judged the Capital Pride Pageant, spoke at the Pride Social event, and waved to parade onlookers.

Chrystos, a Menominee writer and activist, touched the emotions of audiences when she spoke at the Capital Pride Human Rights Vigil. Reading excerpts from her award-winning poetry, Chrystos expounded on Indigenous rights, feminism, and social justice from the gay American Indian perspective. She joined Laith Ashley in eliciting cheers and waves from Sunday’s damp, but jovial, Pride parade crowd.

Despite minor weather-related challenges, this year’s Capital Pride Parade – and indeed the entire Capital Pride program – was, yet again, a celebration to be proud of.