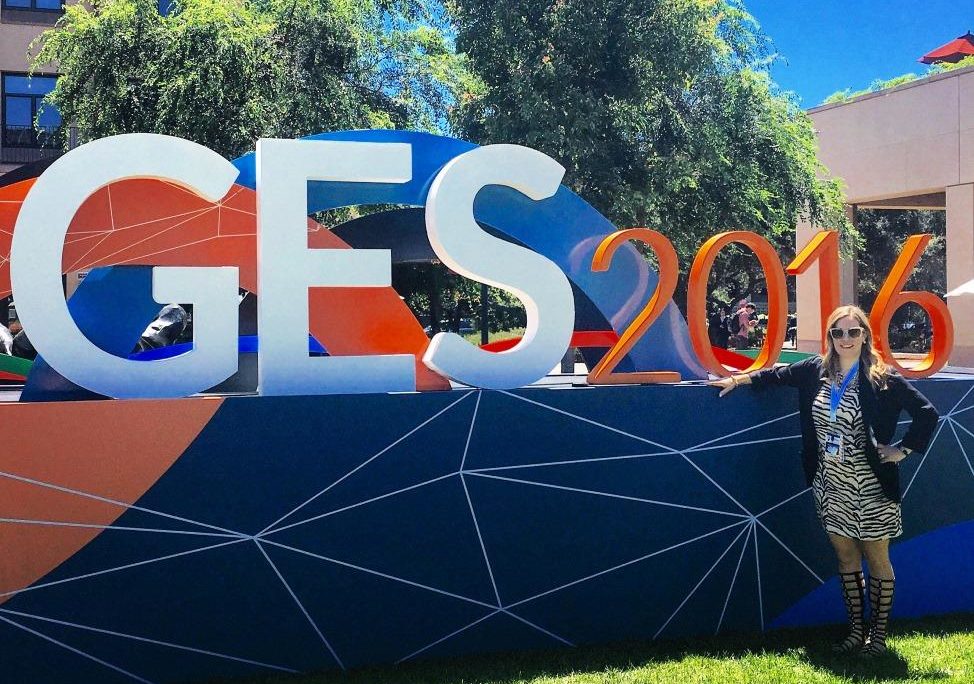 In 2009, President Obama announced the first summit on entrepreneurship to deepen ties among international organizations, business leaders, and entrepreneurs, while showcasing global talent. This year, the 7th Global Entrepreneurship Summit (GES), was held at Stanford University in Silicon Valley, from June 22 -24, 2016. In total, 1,000 participants from all over the world descended on the famous innovation hub, including Canadian jewelry retail mogul, Rachel Mielke. She joins over 17,000 entrepreneurs and innovators who have connected with each other, accessed capital, found mentors, and started new ventures through participation in GES since the first summit was held in 2010.

Emerging from humble beginnings at her kitchen table in Regina, Saskatchewan, Rachel Mielke’s company, Hillberg & Berk, will soon be celebrating its 10th anniversary. The great success Mielke has enjoyed has resulted in exceptional exposure for her product. Aficionados of her jewelry include First Lady Michelle Obama, and HRH Queen Elizabeth II.  The company is also an official licensee of the 2016 Canadian Olympic team, selling red Sparkle™ ball earrings that were given to every member of the Canadian team. A graduate from the University of Regina, Mielke always knew she wanted to be an entrepreneur, “but it wasn’t until after I started making jewelry that I realized I could run a feasible and profitable business, and do it from Regina – a city that I love, and that inspired me.”

A main objective of GES is to highlight entrepreneurship as a means to address global issues and encourage social change, emphasizing that startups, in particular, have the power to improve communities. Further, an entire day of the summit is devoted to discussing the additional barriers that women and youth often face when attempting to turn their entrepreneurial vision into reality. In a similar vein, Hillberg & Berk regularly assists women in their pursuit of greatness.

“When I started the company ten years ago, I wanted there to be a bigger outcome than making beautiful jewelry; I wanted to create social change, to make the world a better place,” Mielke explains. In support of her vision, a portion of Hillberg & Berk’s sales is donated to local, national, and international causes working to empower women and make whole communities more prosperous. Mielke’s philosophy is that “through education, inspiration, and opportunity,” one can change the world.

Presenters at the summit came from various sectors, ranging from education to health and even fashion. This year, many presenters were from the information technology sector, shedding light on the new media gadgets, services, and platforms replacing traditional advertising media.  Mielke’s key takeaway from GES was the message to entrepreneurs that, in many cases, success is linked to awareness of the constantly evolving, technological environment. In relation to her own business, Mielke notes, “Most people are making purchasing decisions through social media, so it is really important to be involved in [social media] and to adapt to it, quickly, and strategically.” At GES, representatives from more than 170 countries contributed to the entrepreneurial ecosystem, each showcasing their innovation, inspiring others, and sharing industry insights. Mielke is confident that connections made at the summit will bring new perspectives and opportunities for everyone, in addition to creating a powerful global network.

As part of the summit, President Obama highlighted the “Startup in a Day” initiative aimed at streamlining the process for launching a company in the United States by reducing the time it takes to apply for permits and licenses on the local level.  Recalling her own startup experience, Mielke says with a chuckle that “there were a million things I wish I would have known” and initiatives that simplify and support the startup process are always extremely helpful. Further, she believes that Canadian entrepreneurs, who have not yet had the opportunity to attend international networking conferences like GES, should participate in local organizations to meet other creative people in the community.

From small villages to bustling cities, an entrepreneur’s journey will always be fraught with challenges, and it is important to recognize this.  However, as President Obama told the GES delegates, the “ability to turn an idea into reality — a new venture, a small business… and empower people to come together,” is vitally important to “tackle our most pressing global problems, from climate change to poverty.” To President Obama, entrepreneurship is “a chance to fulfill your own dreams and create something bigger than yourselves.”

For those who are dreamers and aspiring entrepreneurs, Mielke has three pieces of advice: surround yourself with a good support network; understand the current market situation and analyze whether your company will be profitable; and make a plan to acquire adequate capital and resources as needed.