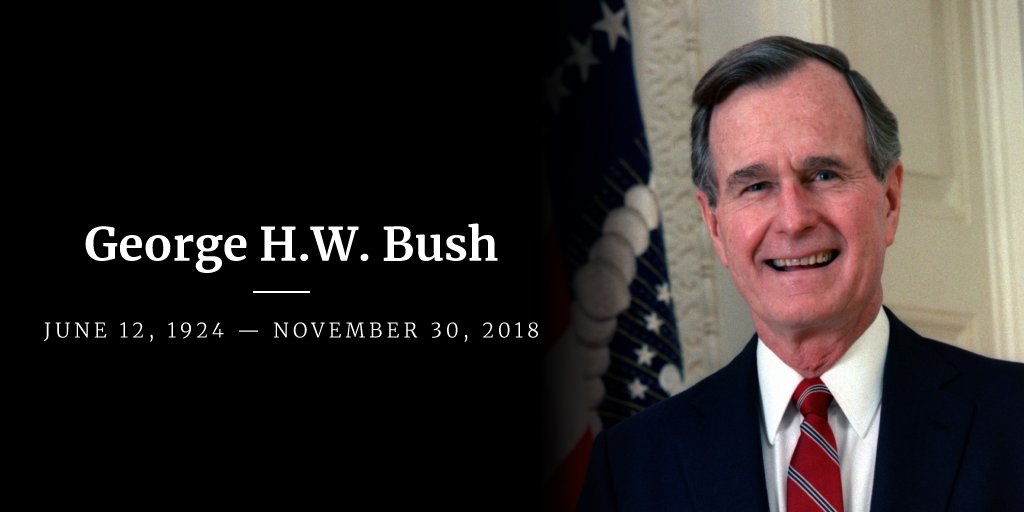 President George Herbert Walker Bush dedicated his life to public service and the American people. He served his country as a U.S. Navy pilot in World War II, as a member of Congress, U.S. Ambassador to the United Nations, Chief of the United States Liaison Office in China, Director of the Central Intelligence Agency, and as Vice President of the United States before becoming the nation’s 41st President (1989-1993). George H.W. and Barbara Bush were the parents of four children, including President George W. Bush, the 43rd president. He was a devoted husband and dedicated father, grandfather, and great-grandfather.

To honor his life and legacy, the United States Embassy in Ottawa invites members of the public and diplomatic community to express their sympathy to the Bush Family for their loss by signing a condolence book.

The condolence book will be available to sign on Tuesday, December 4, Thursday, December 6, and Friday, December 7, from 11:00 a.m. to 3:00 p.m. at the U.S. Embassy’s Mack‎enzie Avenue entrance.

Messages of condolence to the Bush Family may also be sent to the following address: