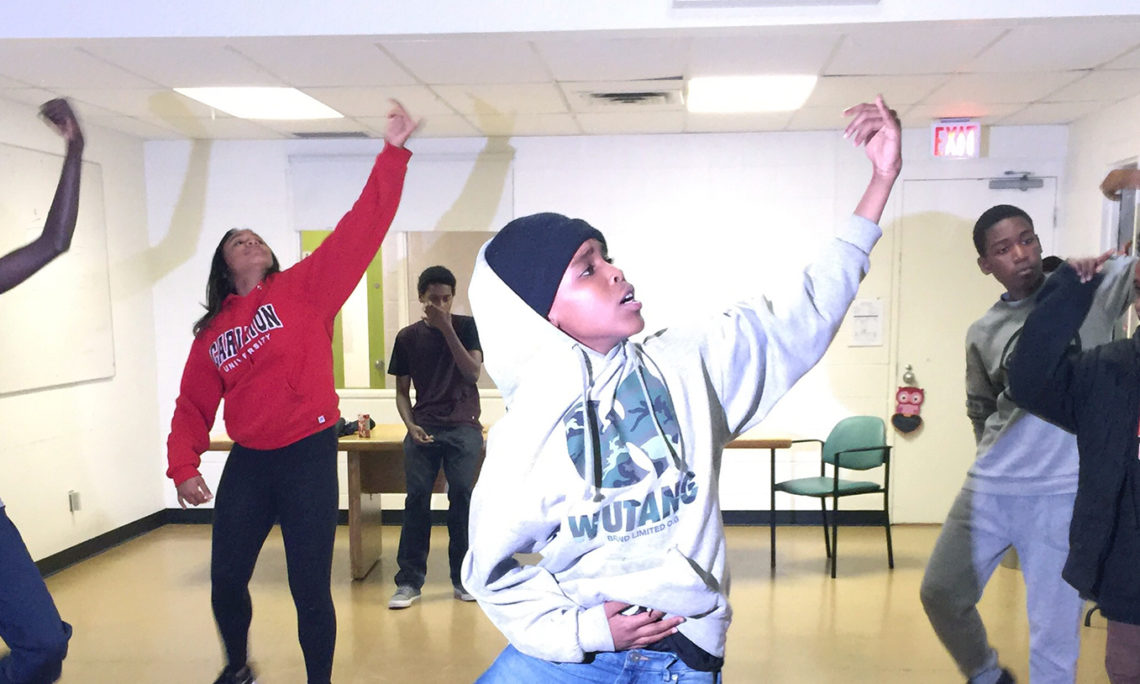 Last week, 12 high school students in Ottawa had the opportunity to work with American “beat-maker” Ricardo Luss Nigaglioni, who, with a grant from the U.S. Embassy in Ottawa, conducted a week-long program on composing, performing, recording, and producing music. The program was organized by the Multicultural Arts for Schools and Communities (MASC) — an organization dedicated to bringing the arts and culture alive in schools throughout Eastern Ontario and Western Quebec, in partnership with the Boys and Girls Club of Ottawa and the Pathways to Education Program in Pinecrest-Queensview.

Over the course of the program, Ricardo guided the students in the creation of an original song, titled “Angels Want To Fly.” While learning how to compose music, layer recordings, and produce tracks, every student was able to add their own vocals to the song, resulting in a truly unique and professional composition. The students also choreographed a dance performance and created a music video!

The students’ experience throughout the program was deeply enhanced by the musical expertise Ricardo brought to the table. Originally from Puerto Rico and based in the Bronx, Ricardo’s passion for music and ability to inspire have resulted in a rewarding and varied career teaching under-served communities about music.  His interactions with the students left them with a better understanding of the music  production process and the inspiration to purse their dreams in the music industry.