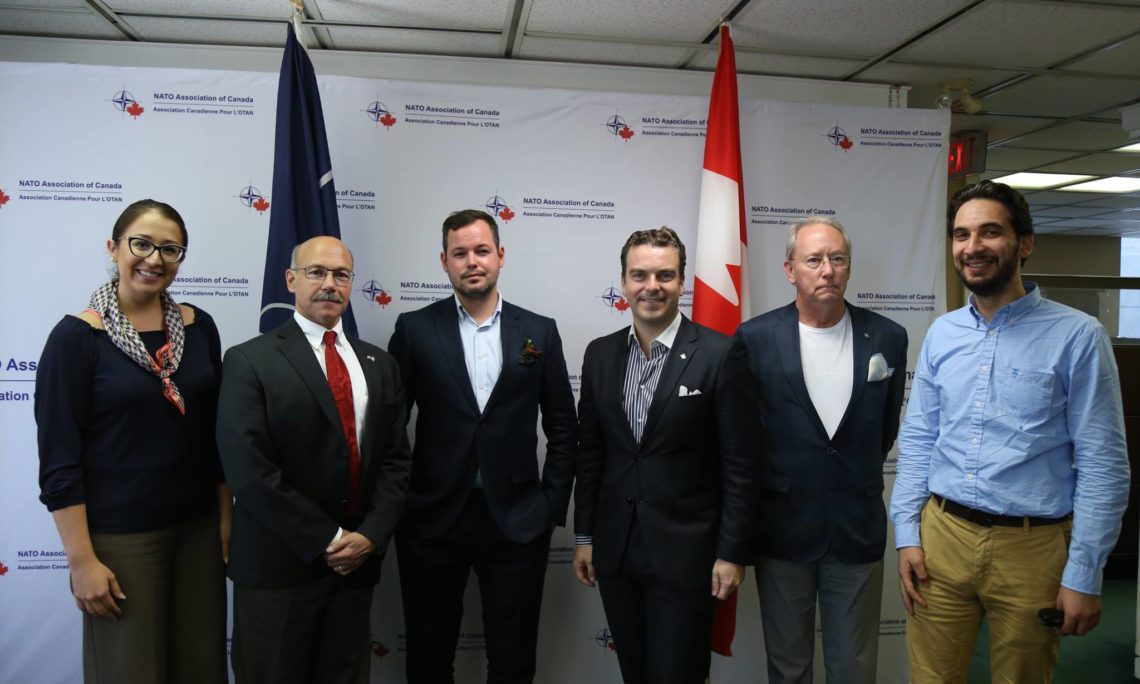 On July 25-26, 2017, the U.S. Consulate General in Toronto hosted Dr. Michael Sfraga, Director of the Polar Initiative at the Woodrow Wilson Center, as part of the U.S. Department of State’s Speaker Program. During his visit, Dr. Sfraga met with Canadian counterparts to discuss a variety of issues related to the Arctic and to encourage cross-collaborative research partnerships. In Toronto, Dr. Sfraga met with the President of the NATO Association of Canada and was also hosted by Dorset Fine Arts, where he met with a group of cultural leaders and artists focused on Inuit Art. The cultural event also featured research resident and U.S. student, Claire Foussard who presented a synopsis of her recent Inuit explorations to the group. On July 26, Dr. Sfraga met with his counterparts at Wilfrid Laurier University, including WLU President Dr. Deborah MacLatchy and Vice President – Research Dr. Robert Gordon. During his time at the university, Dr. Sfraga also received a tour of the Center for Cold Regions Research and Water Science.