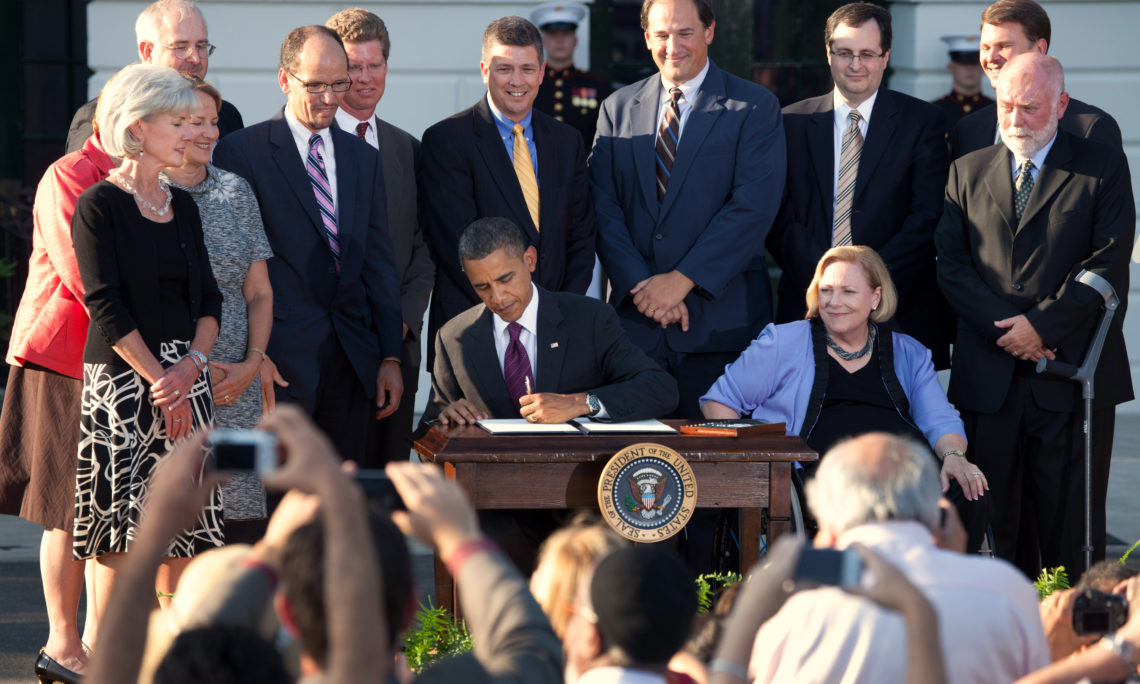 President Barack Obama signs Executive Order increasing federal employment of individuals with disabilities, during an event commemorating the 20th anniversary of the Americans with Disabilities Act on the South Lawn of the White House. July 26, 2010. (Official White House Photo by Chuck Kennedy)

On July 26, 1990, our Nation marked a pivotal moment in history for Americans with disabilities. Fueled by a chorus of voices who refused to accept a second-class status and driven by a movement that recognized that our country is stronger and more vibrant when we draw on the talents of all our people, the Americans with Disabilities Act (ADA) enshrined into law the notion that Americans living with disabilities deserve to participate in our society free from discrimination. Twenty-six years later, as we mark this anniversary, we recognize all this milestone law has made possible for the disability community.