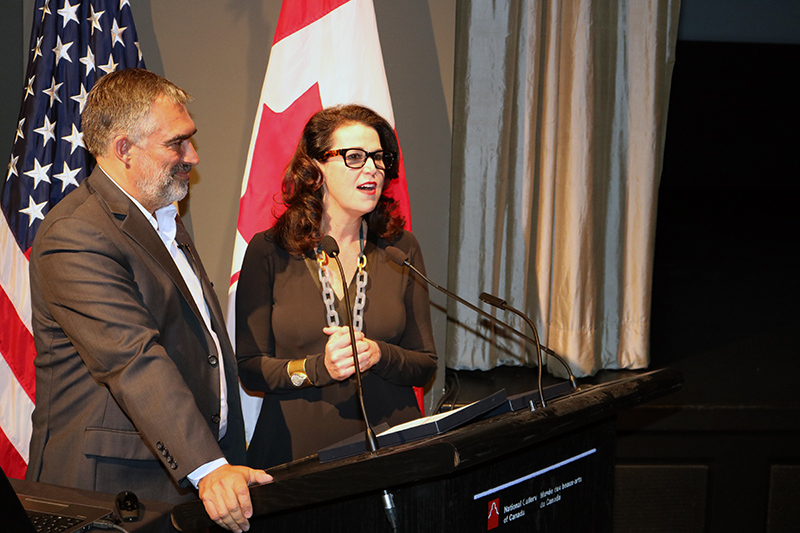 Marc Mayer, Director and CEO of the National Gallery and admirer of Anne Chu’s work, offered some personal reflections on her intriguing sculptures. He then sat down for a conversation with Chu’s gallerist and long-time friend, Tracy Williams, exploring Chu’s eclectic body of work, her methods and materials, and her unwavering support for her fellow artists.

According to her gallerist, Tracy Williams, Chu’s work “needs to be experienced; it can’t just be photographed.”

A native of New York City, Anne Chu was a multidisciplinary artist whose sculptures and drawings blend a variety of historical and cultural references. In 2007, Chu was selected by the Art in Embassies program to create a permanent installation, Four Mountain Views, no. 2 (2007) at the U.S. Embassy in Beijing.

“I think of Anne Chu’s work as a metaphorical bridge, connecting the ordinary and the fantastical, old world traditions and new, but also as a bridge between places.” – Vicki Heyman

This Contemporary Conversation was special for another reason. Vicki Heyman, spouse of U.S. Ambassador to Canada Bruce Heyman, along with Marc Mayer, was thrilled to announce that the collaboration between the United States Embassy in Ottawa, the National Gallery of Canada, and the U.S. State Department’s Art in Embassies  program will continue in 2017. Stay tuned for the list of exciting and accomplished American artists who’ll be visiting Canada next year!

“I feel very lucky because we have collaborated, we’ve created, we’ve curated, and best of all, we’ve built a community. Bringing together countless Canadians, and some Americans, from so many spaces and places. “ – Vicki Heyman.

More information about the series can be found at www.gallery.ca/conversations/en. .