Home Home / News & Events / American Gifts for a Canadian Birthday: The U.S. Mission to Canada Tells a Story of Friendship to Honor 150 Years 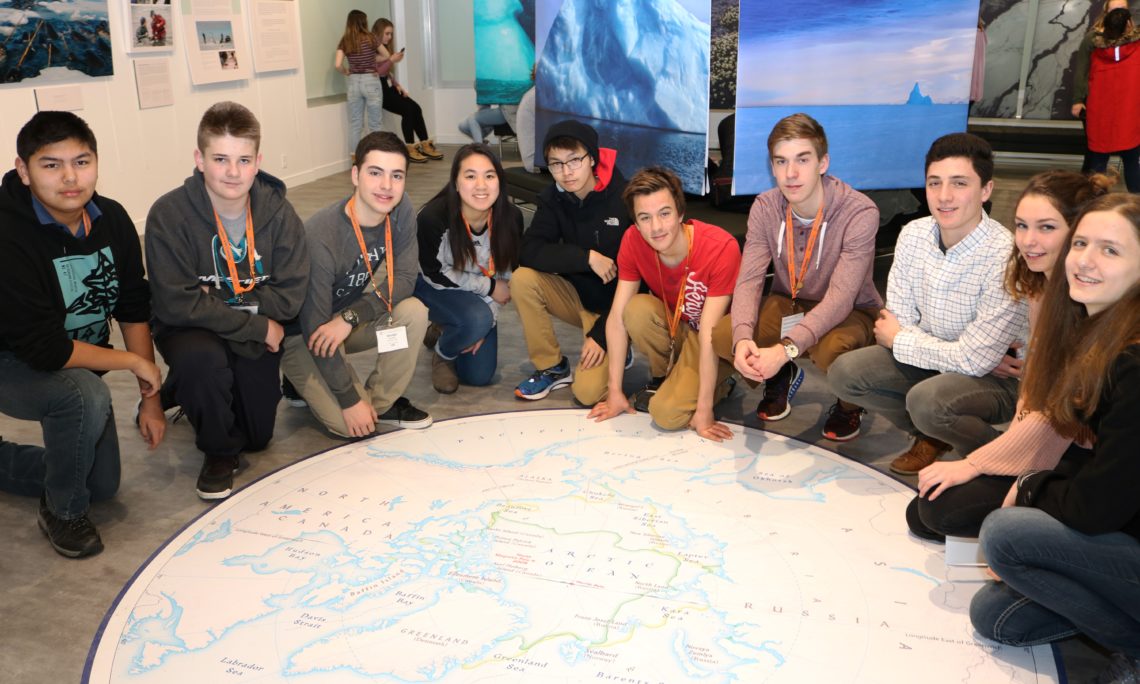 What do you get for the country that has everything? A cake that serves 35 million? A movie pass? Earrings? Not big enough for a milestone birthday! And certainly not enough for the neighbor and ally whose shared border is defended only by friendship.

“Canada 150” is the talk of the country in 2017. To mark the occasion, the U.S. Mission to Canada designed two bilingual exhibits that are touring the country over the course of the year. “Northern Stars” chronicles 150 years of U.S.-Canadian relations. The exhibit depicts the unique U.S.-Canada relationship using historic images of presidential visits to Canada, joint space exploration, cultural collaboration, and mutual support in times of crisis. “Eyes on the Arctic” examines U.S.-Canadian cooperation in research and wildlife management – all important issues in the final year of the United States’ chairmanship of the Arctic Council — and profiles members of the Inuit community in our shared Arctic space.

Canada is one of the United States’ oldest and most important international partners. The exhibitions emphasize the experiences and influences that established important cultural, economic, and scientific ties between the United States and Canada. Did you know, for example, the Underground Railroad extended into Canada and many of the descendants of escaped slaves now live there? Or that the current Minister of Transport was Canada’s first NASA astronaut?

The exhibits opened in Ottawa in February for three weeks. The shows moved on to Toronto at City Hall and the Toronto Public Library. In Quebec, the Old Town post office hosted the exhibits, and in Montreal, the Arctic exhibit has “returned home” to Buckminster Fuller’s iconic Biosphere, which served as the American pavilion at Expo ’67. Consulates general in Halifax, Winnipeg, Calgary, and Vancouver will also stage the exhibits through 2017.

Visitors commonly tell Embassy staff how grateful they are for this exhibition. “This is so important!” said one woman. “This [exhibition] reminds us that we have a long friendship and, no matter how things change in the future, that friendship will always exist. There’s a solid foundation there.”  Another Canadian visitor wished “everyone could see this exhibit” to see the many positive aspects of our relationship.

And what’s a birthday without a card? Or eleven! As a final touch to our celebration, Embassy Ottawa asked governors from states bordering Canada to send greetings commemorating the sesquicentennial. Eleven states responded … and the results are the beautiful “postcards” displayed at Embassy Ottawa. As Governor John Kasich of Ohio wrote, “Congratulations, Canada!  May you long remain the ‘true North, strong and free!'”

About the Author: Dick Custin serves as a Cultural Affairs Officer for the United States Embassy in Ottawa.