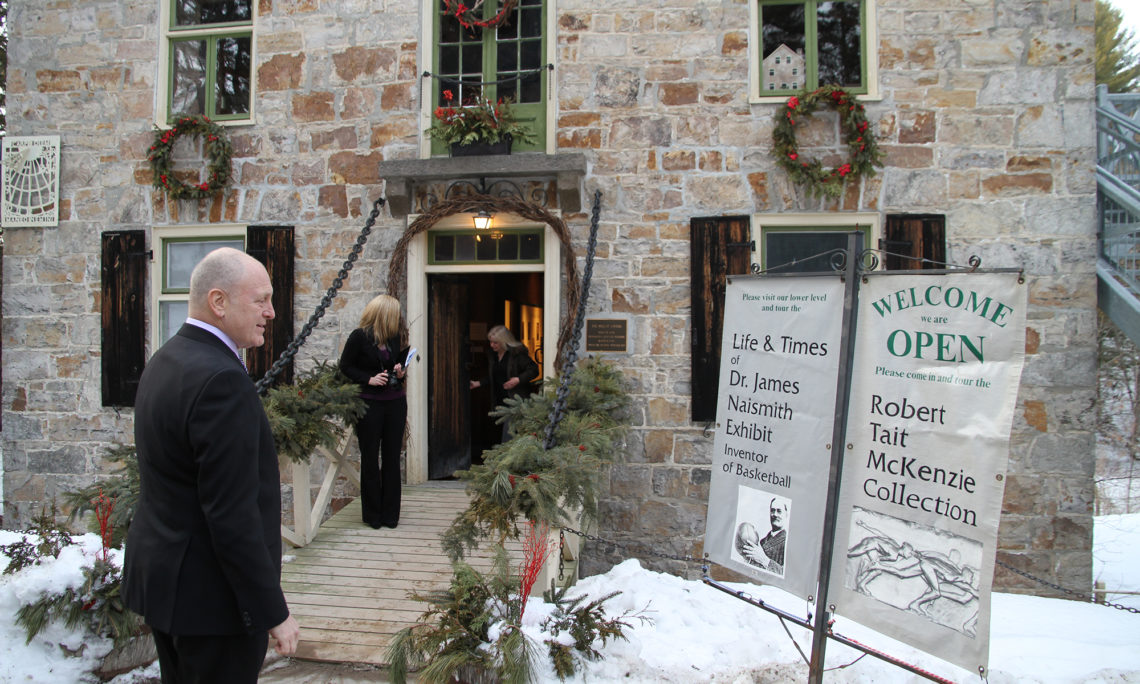 With basketball’s present and future ready to move into the spotlight at the NBA All-Star Weekend in Toronto later this month, United States Ambassador Bruce Heyman got a taste of the sport’s past with a trip February 2 to a museum dedicated to basketball’s inventor.

Located in the R. Tait McKenzie Memorial Museum at the Mill of Kintail Conservation Area, the Naismith Collection is housed a short distance from Almonte, Ontario, the boyhood home of Dr. James Naismith. Naismith was born and raised in the small community before he moved on to McGill University to earn his medical degree. Later he relocated to Springfield, Illinois, where he invented the game of basketball in 1891 while he was working at the YMCA.

Minister of Sport Carla Qualtrough, Canada Basketball President and CEO Michele O’Keefe, and Ambassador Heyman toured the collection together. They saw a number of artifacts from Naismith’s life, including the rock Naismith used to play his childhood games of “Duck on a Rock,” one of basketball’s predecessors. The three were also treated to a sneak peek of a video from NBA Canada that showcases how the NBA partnered with Almonte to repair a community basketball court.

The NBA All-Star Game take place on February 14 in Toronto — the first time the game has been played outside the United States. Ambassador Heyman will attend the game and will take part in many of the surrounding events.