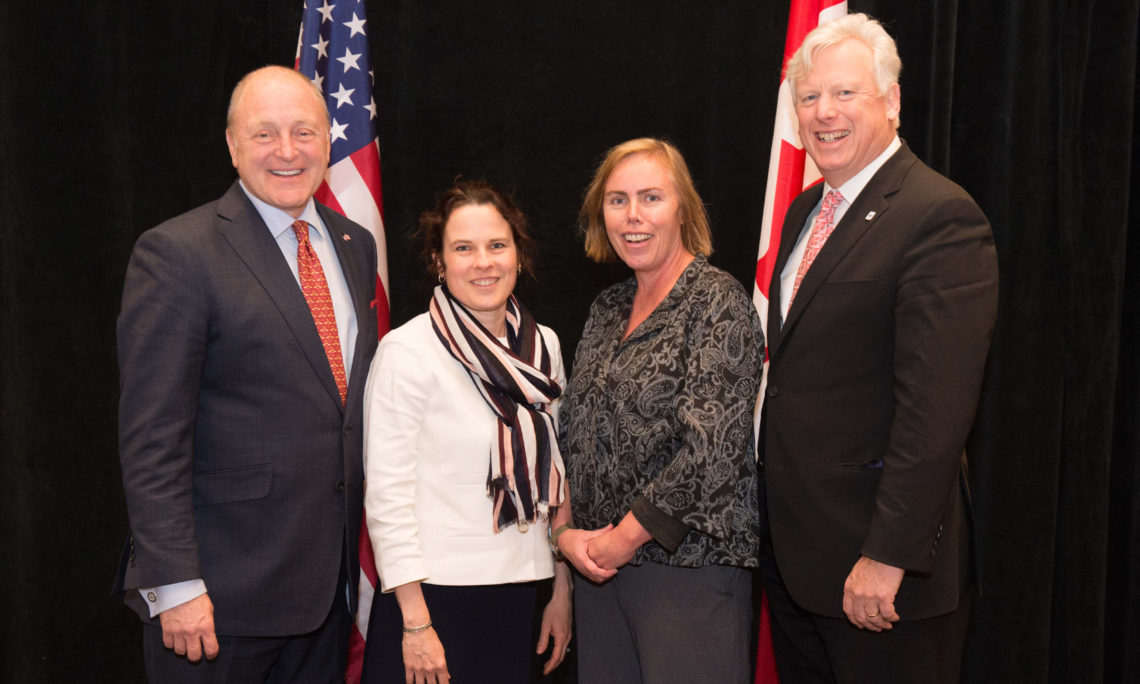 United States Ambassador to Canada Bruce Heyman underscored the importance of the responsible management of the marine environment when he spoke at a May 9 panel discussion on marine planning, co-hosted by the U.S. Embassy in Ottawa and World Wildlife Fund-Canada. The event explored the challenges and opportunities of ocean planning in Canada, in the context of a recent U.S. initiative in Rhode Island.

The Ambassador reinforced that, to protect our ocean, we have to take action in a meaningful and coordinated way. President Obama and Prime Minister Trudeau reaffirmed the importance of protecting the ocean and our countries’ cooperative efforts to that aim during Trudeau’s March 10 official visit to Washington, D.C.

“We are all tied to the ocean, no matter where we live, because of the air we breathe, the food we eat, and the goods we buy,” Ambassador Heyman said during his remarks. “That’s why it is so important for all of us to work together for sustainable and responsible management of our marine environment.”

Secretary of State John Kerry launched and hosted the first “Our Ocean” conference in 2014 to draw the world’s attention to the threats facing our ocean and to catalyze bold new actions to protect it.   Secretary Kerry will host the third Our Ocean conference in Washington, D.C., on September 15-16.