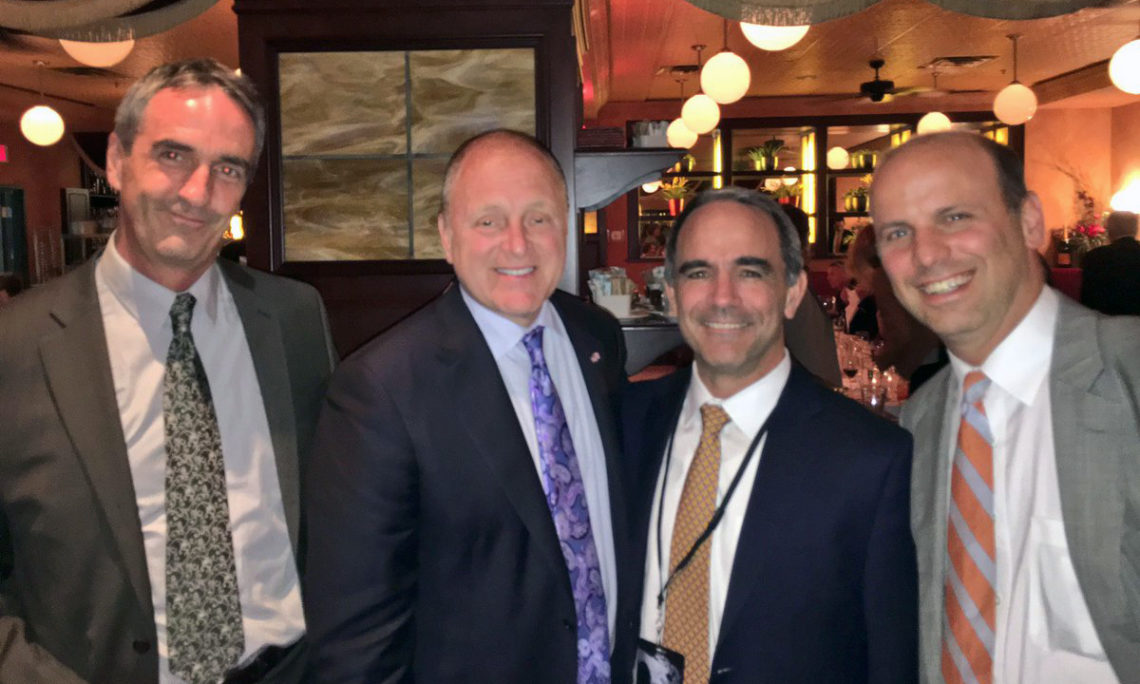 Thank you, Stewart (Elgie, host from University of Ottawa).

I am absolutely thrilled to see all of you and really wanted to be here to express my support for the important work you are doing. Across North America today, there are a number of crucial conversations underway about the issues that will define our shared future; and your dialogue deserves to be at the very top of our agenda.

Climate, environment, and energy matters will figure prominently next week when President Obama, President Peña Nieto, and Prime Minister Trudeau come together for the North American Leaders’ Summit here in Ottawa on June 29. They will be building on a sustained and productive series of conversations that reach up to the highest levels.

In their Joint Statement on Climate, Energy, and Arctic Leadership last March, President Obama and Prime Minister Trudeau emphasized and embraced the fact that our two countries share a special relationship and a long history of close collaboration to confront difficult challenges — with particular attention to confronting the urgency of climate change.

We appreciated Canada’s warm welcome to the North American energy ministers when they came to Winnipeg in February — actually, given that it was February, maybe I should say that we appreciated Canada’s “sincere” welcome rather than “warm” welcome. Since then Canada has also hosted U.S. EPA Administrator McCarthy and Secretary of the Interior Sally Jewell in April.

At the Clean Energy Ministerial and Mission Innovation meeting in San Francisco earlier this month, Canadian and American decision-makers, CEOs, investors, and innovators extended their dialogue with peers from around the world.

To have decision-makers, influencers, and thought leaders like you engaged in generating a cross-border discussion — a pan-continental discussion actually — is really impressive. I’m pleased that the U.S. Embassy in Ottawa is co-sponsoring this Forum to build connections among Canada, the United States, and Mexico on the integration of our policies.

So thank you to Brian, Stewart, and all of you who have brought this conference together. I want to work with you to bring your insights and recommendations to the attention of policy-makers who are shaping our North American climate and energy future.

Of course, what I’m really talking about is our climate and energy present. A few weeks ago, I was part of an amazing, once in a lifetime opportunity to travel around Canada’s Arctic in a trip organized by the Canadian government for foreign ambassadors. Over the course of nine days, our group travelled to Iqaluit, Cape Dorset, Yellowknife, Old Crow, and Resolute, to name a few of our stops.

And we heard directly from inhabitants of the north about the challenges they face due to a changing climate. No place is the impact of climate change more evident than in the Arctic.

Like Canada, the United States is an Arctic nation. As the current Chair of the Arctic Council, we want to work with partner countries to address the issues that northerners, like the people I met, are facing.

Both President Obama and Prime Minister Trudeau regard the Paris Agreement signed last December as a turning point in global efforts to combat climate change and anchor economic growth in clean development.

In Washington last March they resolved that the United States and Canada must, and will, play a leadership role internationally in the low carbon global economy over the coming decades.

And the President and Prime Minister spoke of the importance of the United States and Canada continuing to cooperate closely with Mexico on climate and energy action, and committing to strengthen a comprehensive and enduring North American climate and energy partnership.

Now, we are a week away from the North American Leaders Summit on June 29. I won’t presume to speak for the three Leaders, who will express the priorities they agree on. But our region, and the world, will be watching and listening to what they say about climate and energy. With that, I would like to thank Mike and Brian and all the conference organizers for their efforts. I would like to extend thanks also to the speakers and in particular to Bill Hohenstein from the Department of Agriculture and Sanjiv Malhotra from the Department of Energy for coming to Ottawa to speak at the Forum.

I trust that the first day of your conference was constructive and enlightening; and I hope that your second day will generate more new insights for recommendations that keep our countries’ policies and priorities moving forward.