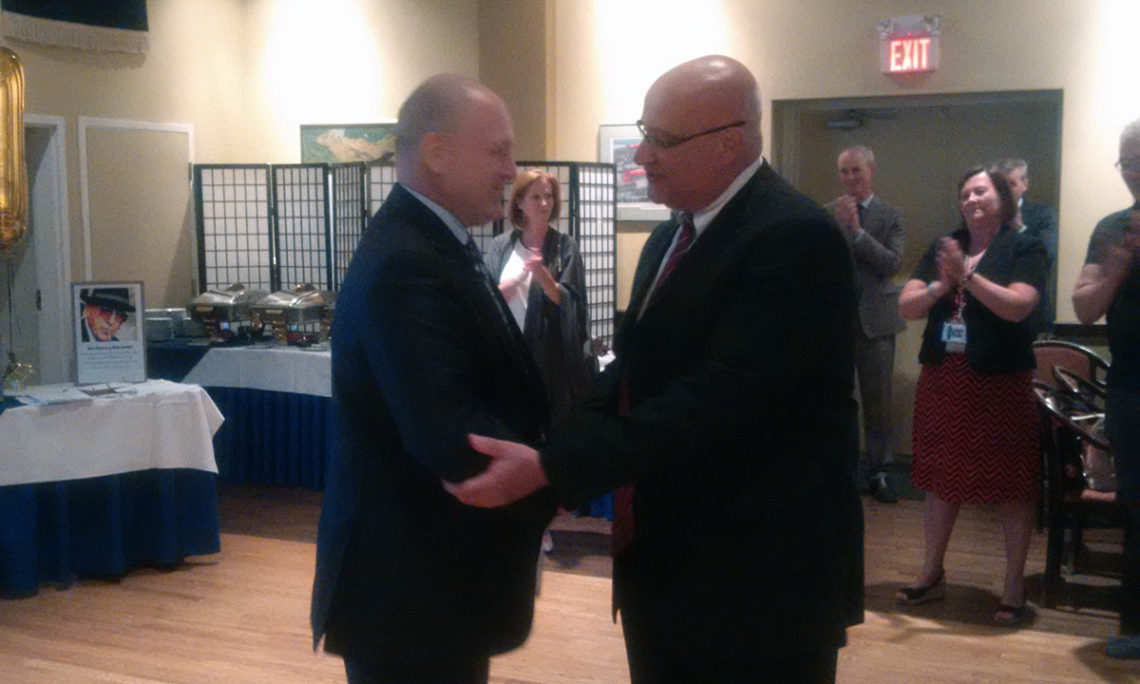 Ambassador Bruce Heyman
Remarks at a farewell reception for Bob Carberry of the Regulatory Cooperation Council
Ottawa, ON

I’m relatively new to government service. And what I’ve learned is that government work is not easy. It’s actually quite complex. And the rewards are often not as clear or immediate as in the private sector. So I’ve developed tremendous respect for our public servants in both of our governments. One of those for whom I have developed the greatest respect is the man we’re celebrating today.

As I tout our massive two-way economic relationship in various appearances and speeches, my frequent focus has been the power of regulatory cooperation to unleash even greater growth in bilateral trade and investment. Of course, the driver of regulatory cooperation between our two countries has been the RCC and at the apex of his amazing government career, Bob has become synonymous with the RCC.

Through his tireless efforts, “Mr. RCC” helped break down barriers to regulatory cooperation and made our economies more competitive, while keeping our commitments to our citizens’ health, safety, and welfare.

That is an outstanding legacy Bob can be deeply proud of. Thanks in large part to Bob’s efforts, our two governments are working more closely than ever in this vitally important area, and I want you to know that I am personally dedicated to ensuring that this critical work continues and expands. As I often tell audiences, the benefits of this cooperation are not always just measured in dollars and cents, but also in bringing us closer together as people and neighbors.

Bob, I can’t thank you enough for your dedication to the U.S.–Canada relationship. I know you’ll take some very well deserved time off to relax, but I suspect — and hope — that you’ll be back soon to continue your contribution to strengthening the ties between our two countries.