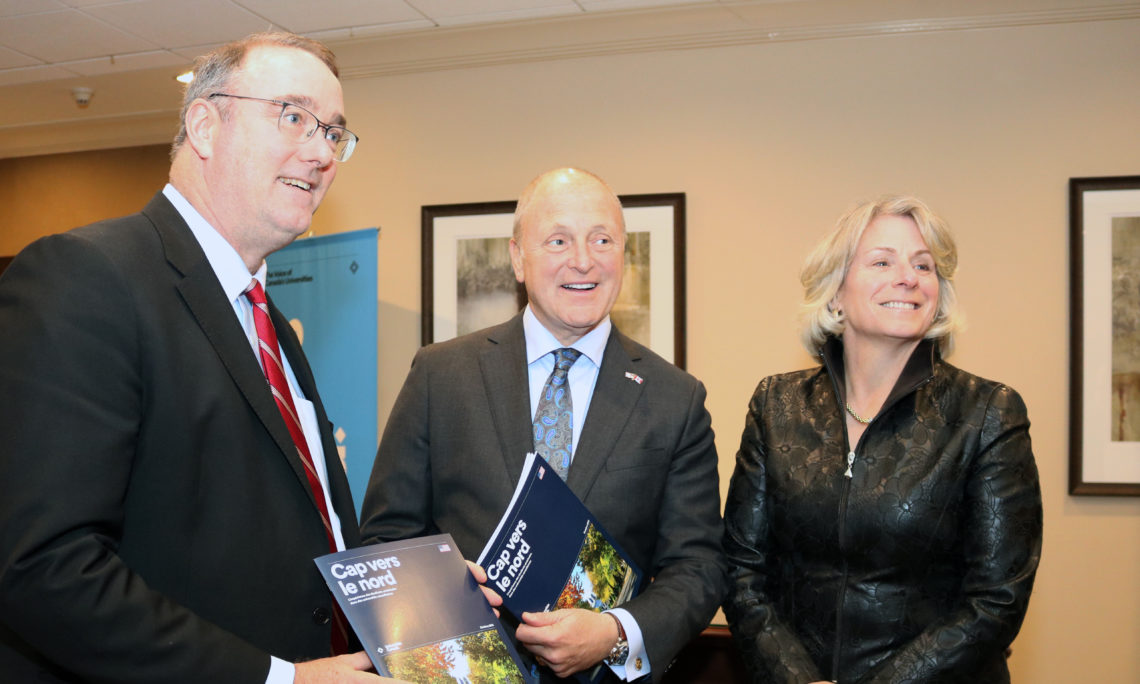 Today U.S. Ambassador to Canada Bruce Heyman emphasized the importance of academic exchange opportunities for American students in Canada at an event to mark the launch of a Universities Canada report, titled Heading north: The experience of American students at Canadian universities. Universities Canada President, Paul Davidson joined the Ambassador for the launch, which took place during a meeting of Canadian university presidents in Ottawa.

“I hope that every Universities Canada member institution, and every advocate of Canada’s system of higher education, will take a close look at Heading north. It’s exciting to think that the ideas, best practices, and policy recommendations in the report will lead to even more American students bringing their talents and energy to Canadian campuses,” said U.S. Ambassador to Canada Bruce Heyman.

In his remarks, Ambassador Heyman emphasized that encouraging American students to seek higher education in Canada is a productive investment for both countries.  Beyond the economic impact international students have at their host institutions and in the local communities that support them, educational exchanges also foster mutual understanding and long-term connections between academics, students, and the wider community.

“Nearly 10,000 American students choose to study at Canadian universities every year, and it’s heartening to confirm that they overwhelmingly have positive educational experiences in Canada,” said Davidson. “Canada’s universities recognize how transformative study-abroad opportunities are to students’ lives and future careers. We hope to welcome even more students from the United States to Canadian campuses in the future, and look forward to strengthening ties with our American neighbours through the diplomacy of knowledge.