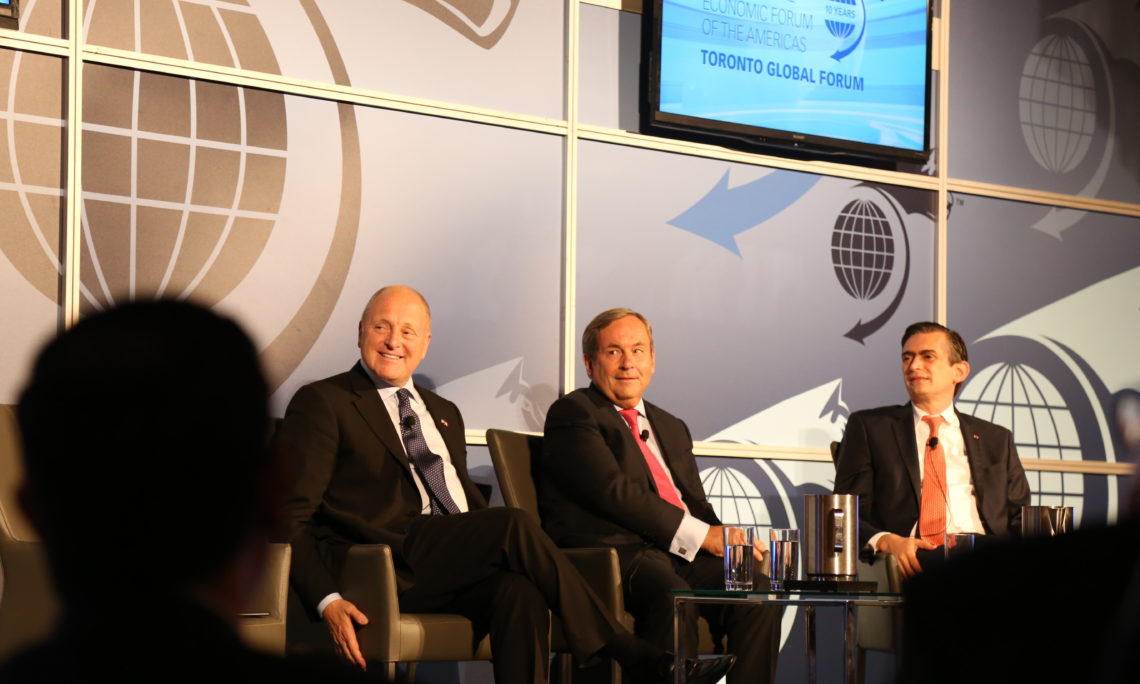 United States Ambassador to Canada Bruce Heyman attended the tenth annual Toronto Global Forum, held September 12-14 and organized by the International Economic Forum of the Americas to foster dialogue among global economic decision makers on national and global issues. Ambassador Heyman participated in a round table discussion with the Canadian Ambassador to the United States, David MacNaughton and Agustín García-López Loaeza, the Mexican Ambassador to Canada, entitled, “North American Integration: Time for a New Focus.”

There was a general consensus that while NAFTA has benefited all three countries, it needs to be updated and the Trans-Pacific Partnership provides the mechanism. The growing protectionist movement throughout the world was also highlighted in the discussion. Ambassador Heyman noted that while trade is easier to blame for North American manufacturing job losses, technology, and automation are the real culprits.