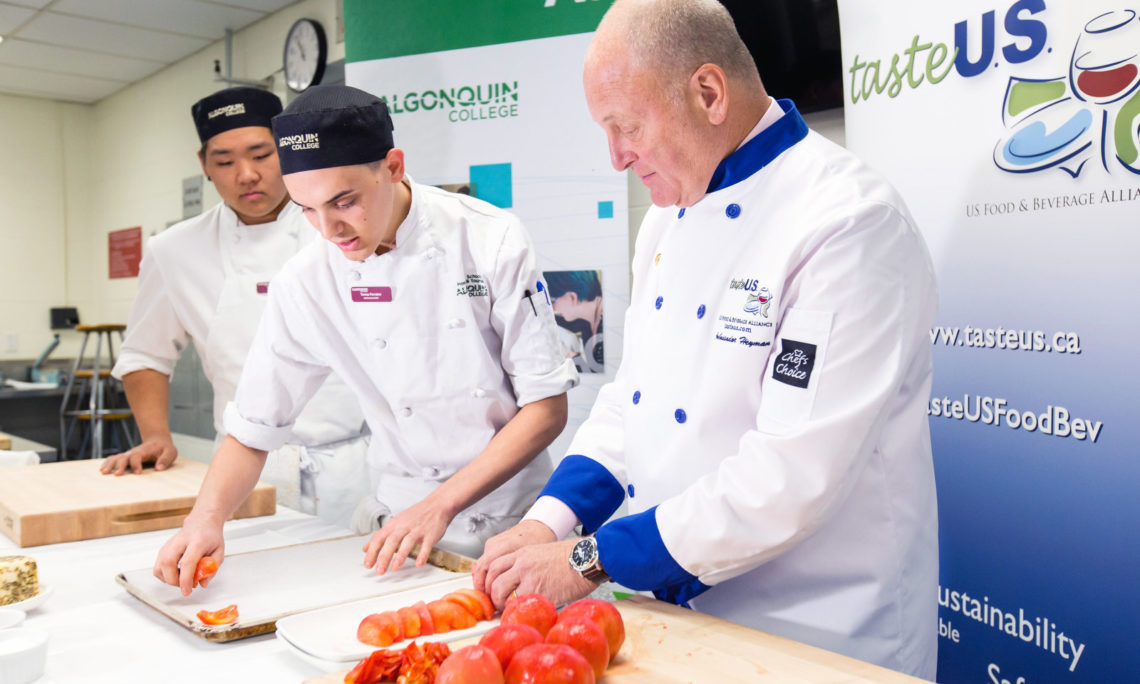 Order up! Today, U.S. Ambassador to Canada Bruce Heyman participated in a cooking demonstration at Algonquin College’s School of Hospitality and Tourism. Under the careful tutelage of two culinary students and their teacher, Chef Bob Gelinas, the Ambassador helped to prepare a Tomato Tart, featuring Wisconsin cheese and Florida tomatoes. Other visitors to the class were Algonquin’s Vice President Academic, Claude Brulé, and Chef Cory Haskins — himself a former Executive Chef to the United States Ambassador, and now the coordinator of all culinary programs at the College.

The students led the Ambassador diligently through the entire recipe — from rolling out the dough to roasting the tomatoes! When the hard work was done, Ambassador Heyman took a quick tour of the culinary school, popping into some delicious-smelling classrooms where chefs-in-training were hard at work.

The Ambassador is always excited to promote fresh, safe, and sustainable U.S. products that are available year-round in our largest export market — where the United States and Canada exchange more than $42 billion worth of agricultural goods every year! Food is a great way to bring people together, and a tasty means to celebrate the strong relationship between the United States and Canada.