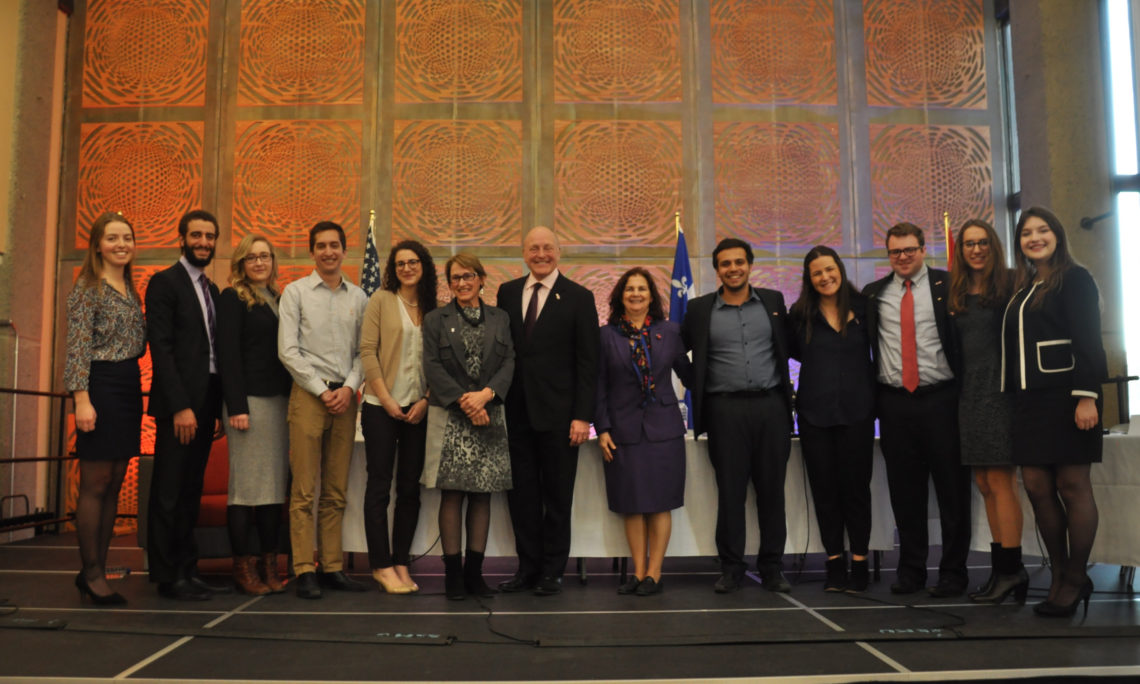 U.S. Ambassador to Canada Bruce Heyman joined more than 100 students and faculty at McGill University in Montreal on April 13 for a panel discussion on foreign policy, organized by the Students’ Society of McGill University (SSMU). Student panelists shared their thoughts and perspectives with the Ambassador on topics including security, the environment, trade, and refugee policy. The panel was followed by a question and answer period, during which the Ambassador discussed U.S. policy and his experiences in diplomacy. Ambassador Heyman reinforced the value of young people as leaders in their own communities and in the world.

Prior to the event, Ambassador Heyman also met with McGill’s Principal and Vice-Chancellor Suzanne Fortier and Dean of Arts and Fulbright program alumna Antonia Maioni for a guided tour of the university campus. Ambassador Heyman shared information with them on opportunities available for Canadian universities through the 100,000 Strong in the Americas program — President Obama’s signature education initiative in the Western Hemisphere.  Through the 100,000 Strong program, the United States aspires to increase the number of U.S. students studying abroad in Western Hemisphere countries by 100,000, and similarly attract 100,000 additional students from Western Hemisphere countries to study in United States each year.