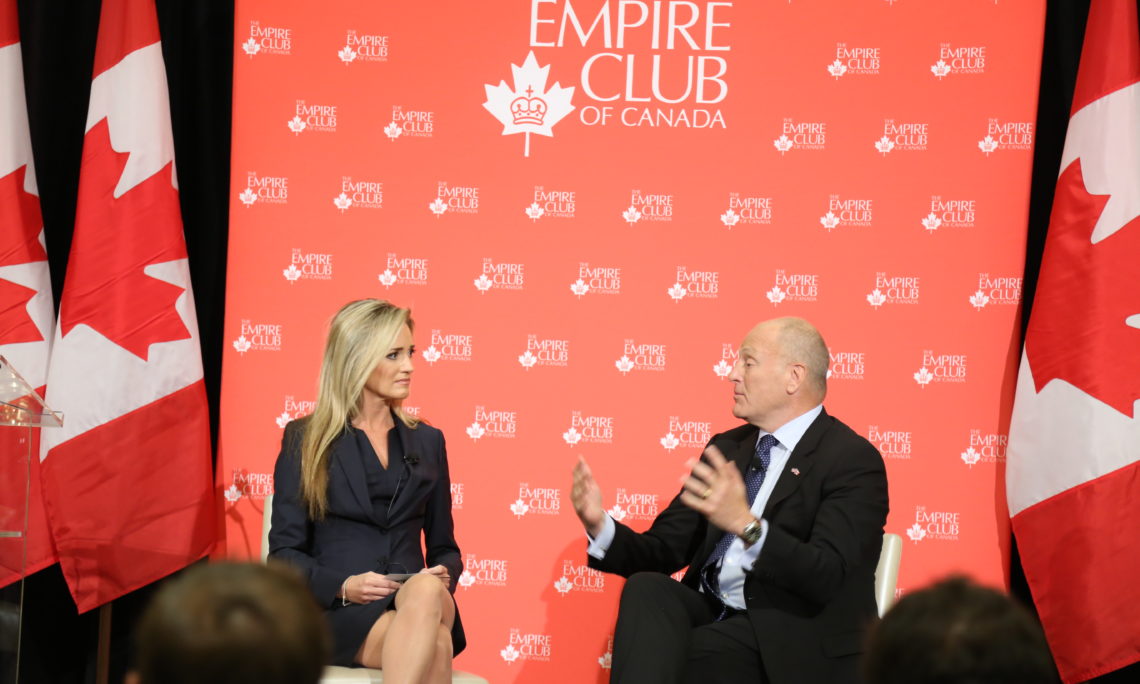 On September 12, the Empire Club of Canada (ECC) hosted Ambassador Heyman for a candid on-stage discussion with leading business host Catherine Murray of the Business News Network (BNN) entitled “Outlook for the U.S.-Canada Relationship”. The ECC is recognized as one of Canada’s oldest and most important speaker forums. Before a crowd of 300 executives and business leaders, the Ambassador outlined the breadth and depth of the economic, political, and cultural ties between Canada and the United States, punctuated by trade totaling close to $2 billion per day. Attendees remarked afterward on the passion the Ambassador brings to the Canada posting, which has helped usher in advancements such as the new Pre-Clearance Agreement, regulatory harmonization, and greater security information sharing. The speech was live streamed and later broadcast on a local cable channel: https://www.youtube.com/watch?v=vPqJc2eI-g8.