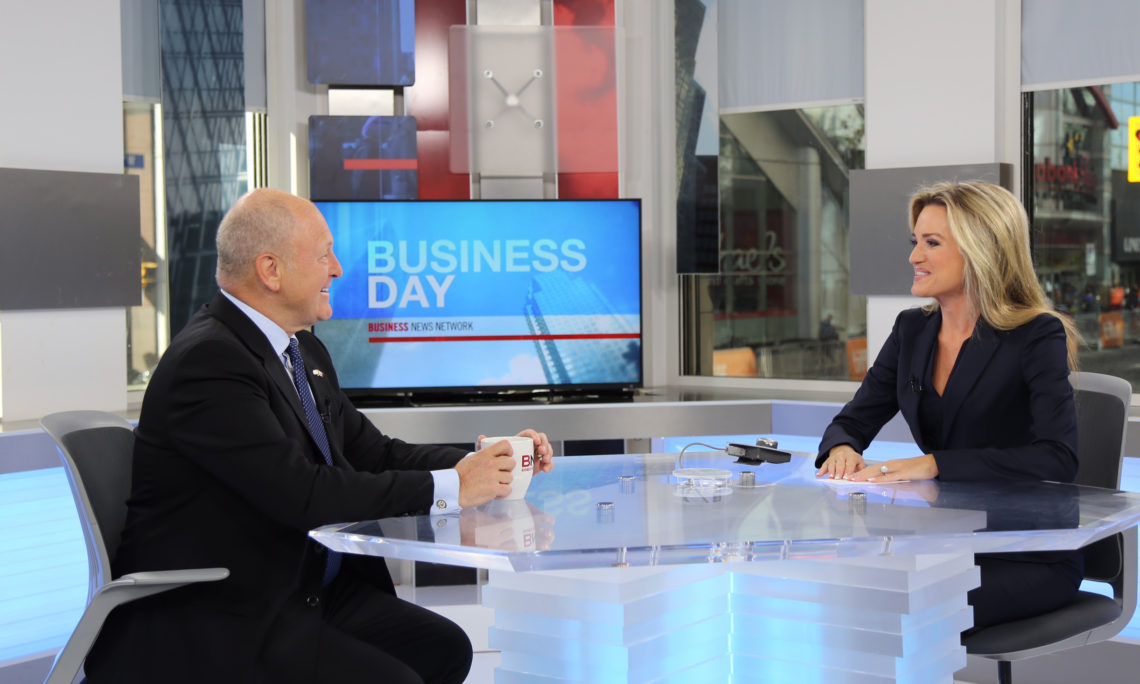 Ambassador Heyman was interviewed yesterday by Catherine Murray, Host of Business News Network’s (BNN) Market Sense, ahead of his participation in an armchair discussion at The Empire Club of Canada entitled “Outlook for the U.S.-Canada Relationship.” With trade relations being a hot topic in Canada ahead of the upcoming U.S. election, Ambassador Heyman discussed the state of relations between the two neighbors and why a rise in the minimum wage could help displaced workers.

Answering the host’s question about the root cause of rising populism south of the border, he said while the transition is proving difficult for many Americans, it’s imperative for developed economies to embrace the change in order to support growth and focus on skills training in order to get displaced employees back in the workforce.

Ambassador Heyman highlighted the strong U.S.-Canada bilateral relationship and the U.S. Mission Canada’s robust engagement with Prime Minister Trudeau and his government, including the cooperation on climate change, Arctic, trade, security, and North American/global issues. The full interview can be seen at bnn.ca.