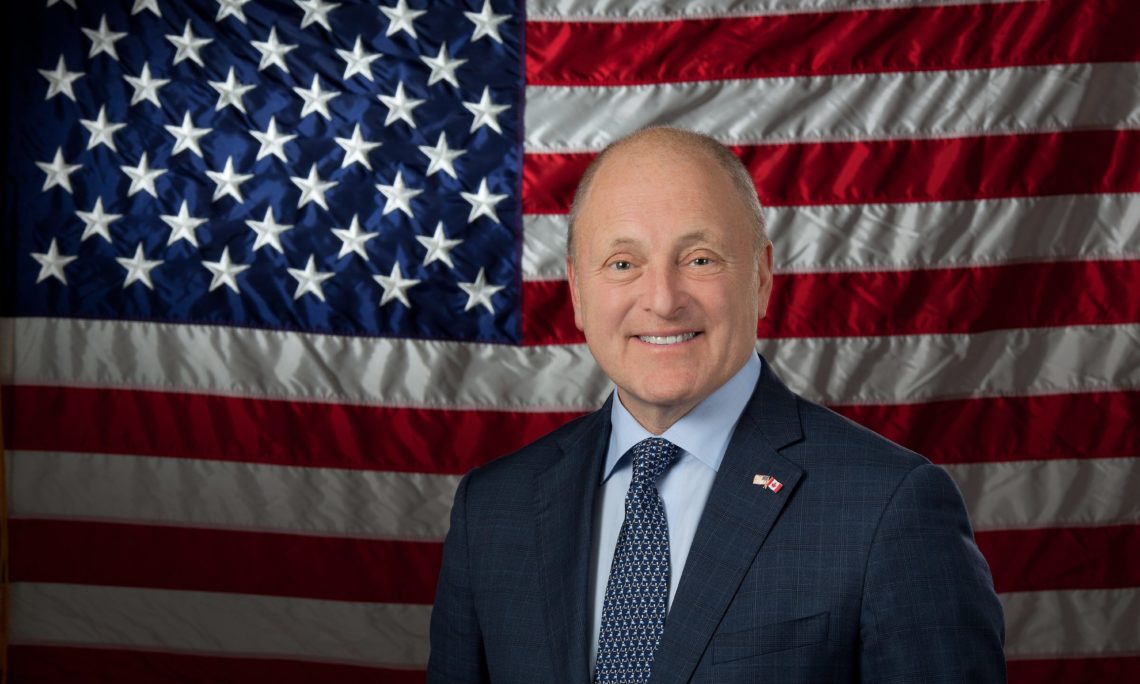 I am excited to see all of you and am very happy to be here to express my support for the important dialogue you are engaging in during the Eastern Regional Conference, and to thank all of you for your public service.

Over the past several months across North America a series of crucially important conversations have helped us address the issues that will define our shared future; but this conversation we are having today about climate, about our shared efforts to move toward a low-carbon future and about protecting our Arctic – is one that deserves to be at the very top of our agenda.

And in fact climate, environment, and energy matters figured very prominently when President Obama, President Peña Nieto, and Prime Minister Trudeau came together for the North American Leaders’ Summit in Ottawa on June 29.

In the Climate, Clean Energy and Environment Action Plan that the three leaders unveiled in Ottawa they built upon a sustained and productive series of conversations that reach up to the highest levels.

For example, last March in their Joint Statement on Climate, Energy, and Arctic Leadership, President Obama and Prime Minister Trudeau emphasized the fact that our two countries share a special relationship and a long history of close collaboration to confront difficult challenges — with particular attention to confronting the urgency of climate change.

We also appreciated Canada’s warm welcome to the North American energy ministers when they came to Winnipeg in February — actually, given that it was February, maybe I should say that we appreciated Canada’s “sincere” welcome rather than “warm” welcome.  And subsequently, in April, Canada also hosted U.S. EPA Administrator McCarthy and Secretary of the Interior Sally Jewell.

At the Clean Energy Ministerial and Mission Innovation meeting in San Francisco in June, Canadian and American decision-makers, CEOs, investors, and innovators extended their dialogue with peers from around the world.

So, to have decision-makers, influencers, and thought leaders like you all engaged in continuing and expanding the cross-border discussion on these important matters is not only impressive – it is imperative!

With the signing of the Paris Agreement in December, we are now at a turning point in global efforts to combat climate change and anchor economic growth in clean development.

And President Obama and Prime Minister Trudeau have resolved that the United States and Canada must, and will, play a leadership role internationally in the low carbon global economy over the coming decades.

So what does a low carbon leadership role mean for Eastern Canada, New England, New York and the Mid-Atlantic States?

It means we strive to achieve a goal for North America of 50% clean power generation by 2025, a goal that includes developing and deploying – as well as integrating – more wind, solar, hydro, and nuclear power onto our grid.

The three countries recognized the important role that cross-border transmission lines can play in increasing the reliability and flexibility of North America’s electricity grid, and making it ‘greener’ as well.

At the Summit, six transmission lines currently proposed or under review were highlighted, including the New England Clean Power Link, and the Northern Pass Transmission Line in this region that would add approximately 2,000 megawatts (MW) of new cross-border transmission capacity.

And Leadership means we work to create economic growth by partnering across our borders.

Through the North American Competitiveness Work Plan led in the United States by Secretary of Commerce Penny Pritzker, we can develop linkages among our clean energy technology companies, with a focus on SMEs, and promote the export and use of North American clean energy and environmental technology around the world.

Let me tell you about one company I have learned about, based here in the province of Quebec, that exemplifies the opportunity for innovation and economic growth that is created as we address the challenge of climate change.

GHGSat is the first satellite to directly monitor greenhouse gas (GHG) emissions of individual sites and was launched on June 21.  The Montreal-based company that developed it expects to start measuring GHG emissions for its first clients later this year.

There is going to be large global market for emissions monitoring and the company is well-placed to help North American businesses profit from this vast new opportunity.  In fact, it has already established a partnership with Boeing and other American companies.

We could also demonstrate Leadership by encouraging public and private investments in clean refueling infrastructure to establish ‎North American clean refueling corridors like those being developed in this region.

And we will demonstrate Leadership by fostering research and development for new clean technologies including advanced vehicles. Here again, Canadians and Americans are partnering to pursue these opportunities.

For example, Hydro-Quebec and the U.S. Department of Energy have signed an agreement to collaborate on R&D to scale up battery production processes that in turn will help establish new battery manufacturing facilities in North America.

I am looking forward to hearing Minister Huertel and Professor Mark Hughes give us their perspectives on leveraging the unparalleled strength of our cross-border and regional relationships to become global leaders in the fight against climate change.

I am also looking forward to Professor Fortier and Jean Lemire’s presentation on the Arctic – and how climate change is transforming that region.

Earlier this summer I was part of an amazing, once in a lifetime, opportunity to travel around Canada’s Arctic in a trip organized for foreign ambassadors by the Canadian government.  Over the course of nine days, our group travelled to Iqaluit, Cape Dorset, Yellowknife,  Old Crow, and Resolute, to name a few of our stops.

It is truly eye-opening to hear directly from inhabitants of the north about the challenges they face due to a changing climate.  Nowhere is the impact of climate change more evident than in the Arctic.

Like Canada, the United States is an Arctic nation. As the current Chair of the Arctic Council, we are working with Canada – and other partner countries – to address the issues that northerners, like the people I met, are facing.

I know that the Eastern Regional Conference provides an opportunity for constructive dialogue and for collaborative partnerships – and I hope that as the Conference proceeds, we will generate new insights and opportunities to help our two countries lead the global low-carbon economy.