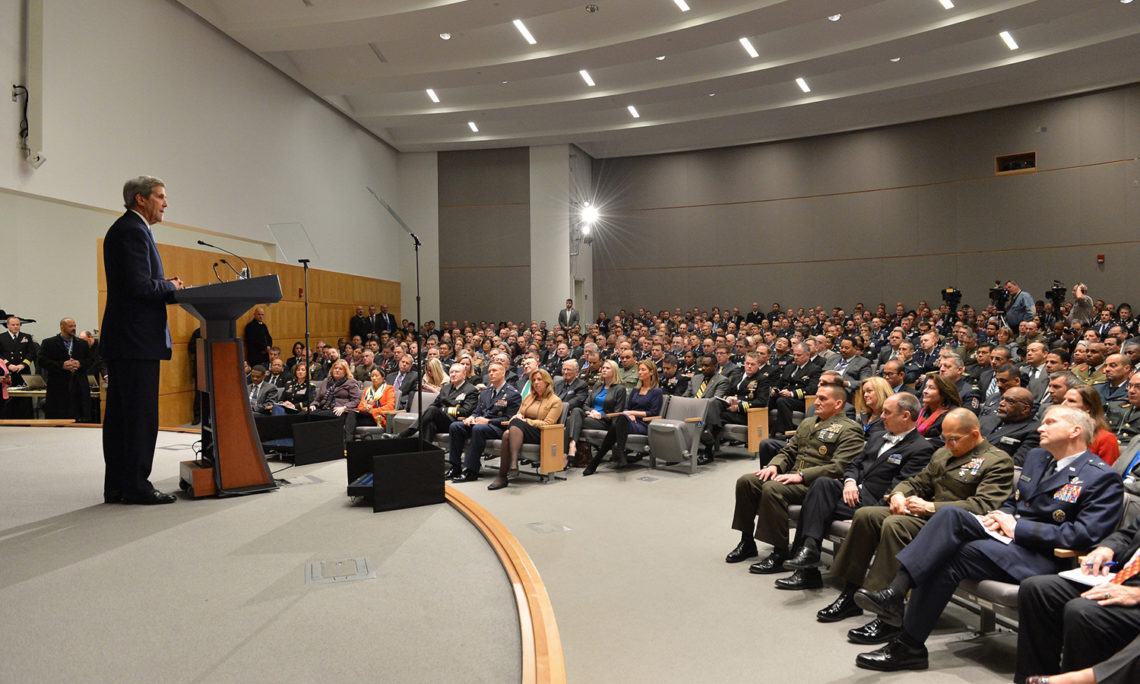 Now, some people look around at the daily headlines and they suggest that the world is increasingly chaotic and doomed to disorder. Well, I’m about to enter my fourth year as Secretary of State, and let me make it clear from all that I have experienced, from all that I have seen: I strongly disagree with that judgment. Yes, there are challenges. When are there not? But as I travel the world, as I talk to foreign ministers, prime ministers, presidents, people all across this planet, I don’t sense an unraveling of the global fabric. On the contrary: I see a world that in critical areas is actually coming together.

Read the rest of Secretary Kerry’s remarks at state.gov!