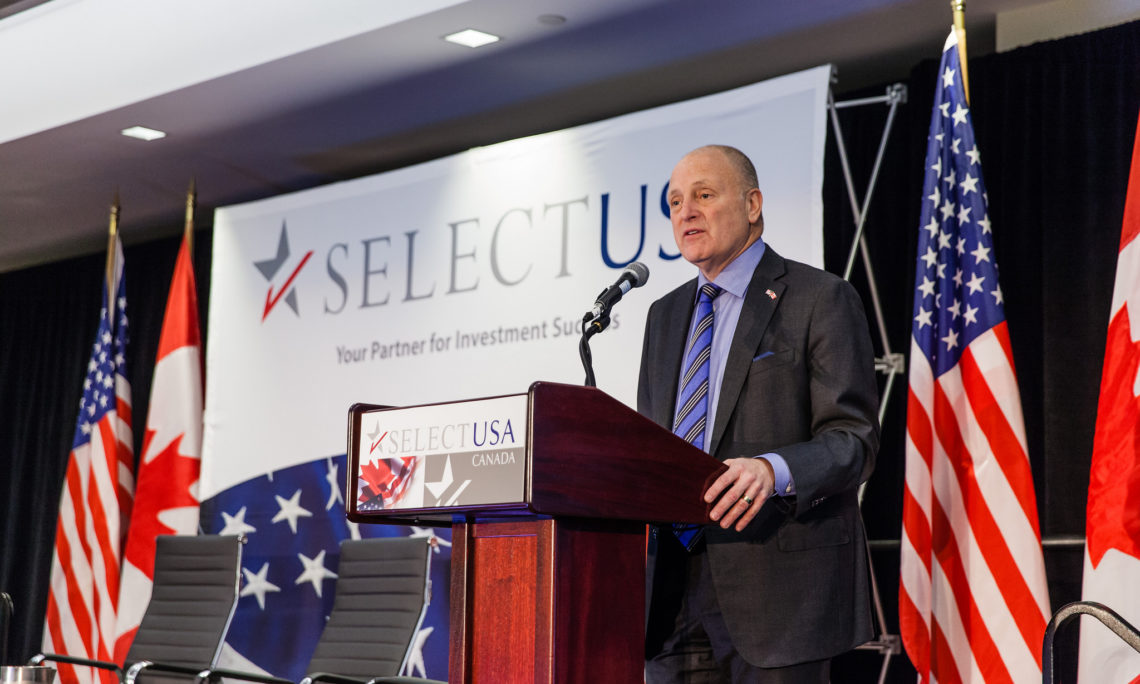 Statement by United States Ambassador to Canada Bruce A. Heyman on the 2016 SelectUSA Investment Summit:

“From June 19-21, I will be privileged to accompany a delegation of 108 Canadian business representatives to the 2016 SelectUSA Investment Summit in Washington, D.C. SelectUSA is a U.S. government-wide program to facilitate business investment in the United States. The Summit reaffirms our ongoing and unwavering commitment to an open, welcoming investment climate. SelectUSA serves as a single point of contact to ensure that investors get the answers and assistance they need from the U.S. federal government. This year’s Canadian delegation is even larger than last year’s group of 80 participants, and represents a 34% increase in participation over 2015. Canada’s delegation will be the second largest country delegation to attend the 2016 Summit.

“This year’s delegation reflects some of the best elements of Canadian business. The companies range in size from incubator-housed startups to multinational banks that have more than 40 million combined customers worldwide. A number of the businesses are minority-owned, including a group of indigenous firms. The delegation spans the industry spectrum from aerospace to information technology, pharmaceuticals, and food and beverage, to name just a few. Our delegation includes a cybersecurity startup that specializes in secure data transmission, an autonomous robotics manufacturer from Waterloo, and a gourmet pet food company that is rapidly gaining market share with its unique health and quality-focused approach. Each company serves as a model for how the United States and Canada can leverage international trade and investment to expand into the global market.

“As Canadian businesses look to expand internationally, we would like them to think about the United States as their first destination. U.S.-Canadian cross-border investment creates jobs and economic growth that benefit citizens of both our nations.”