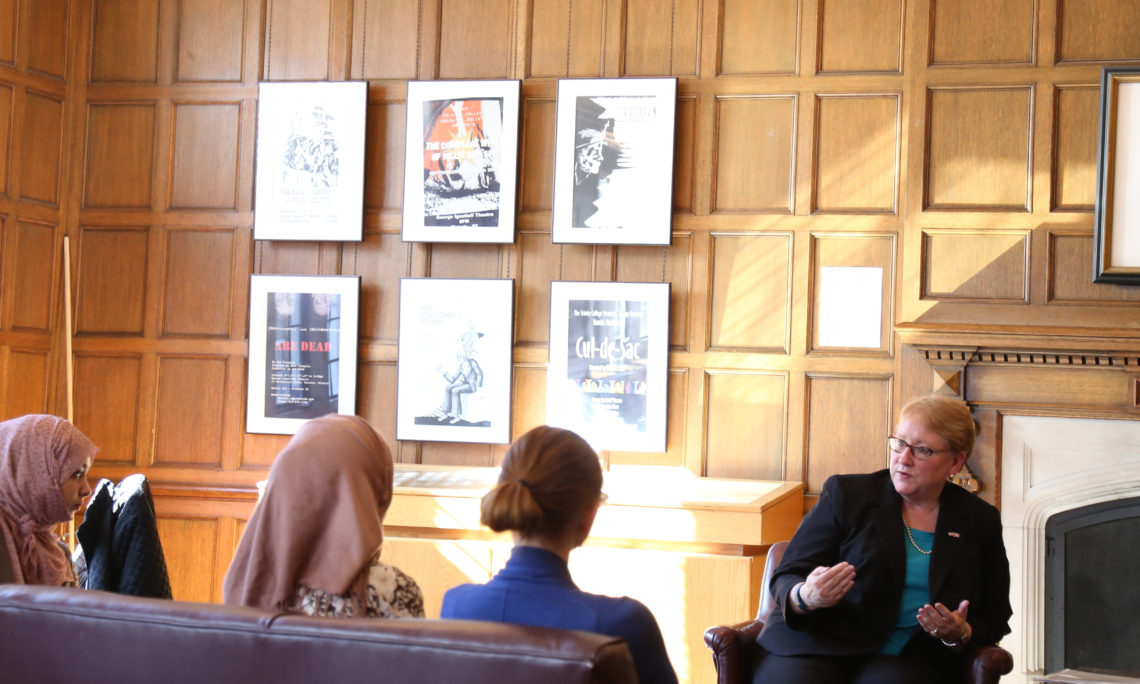 PAO Kay Mayfield speaks with U of T students. (Credit US Consulate Toronto)

What is public diplomacy? Who is the focus of diplomacy? What role does our generation play in interacting with states, be they foreign or our own? States, non-state actors―the public?

These are but a few of the questions Kay Mayfield, Minister Counselor for Public Affairs at the U.S. Embassy in Ottawa, discussed with the students of the Trinity College at the University of Toronto on Friday, March 11, 2016. This presentation on public diplomacy and its relevance today was organized and hosted by Diplomats on Campus and the University’s International Relations Society. It provided students with an opportunity to have an in-depth conversation about the United States Foreign Service, which continues to be one of the pioneers in the field of public diplomacy and works to establish direct communication with populations around the world.

“We no longer live in a world where government officials can decide among ‎themselves what their country’s policies will be, then announce them and expect people to accept them,” said Mayfield. “Citizens have to be part of the conversation in a country that is going to have a credible and sustainable democracy.”

She also highlighted the cultural and educational outreach being used as “soft power.”

“The best example of soft power in the history of anything, anywhere, is the Fulbright program,” she noted. “It has had a multiplier effect greater than we could ever calculate.”

For more photos from the event, please see Flickr.