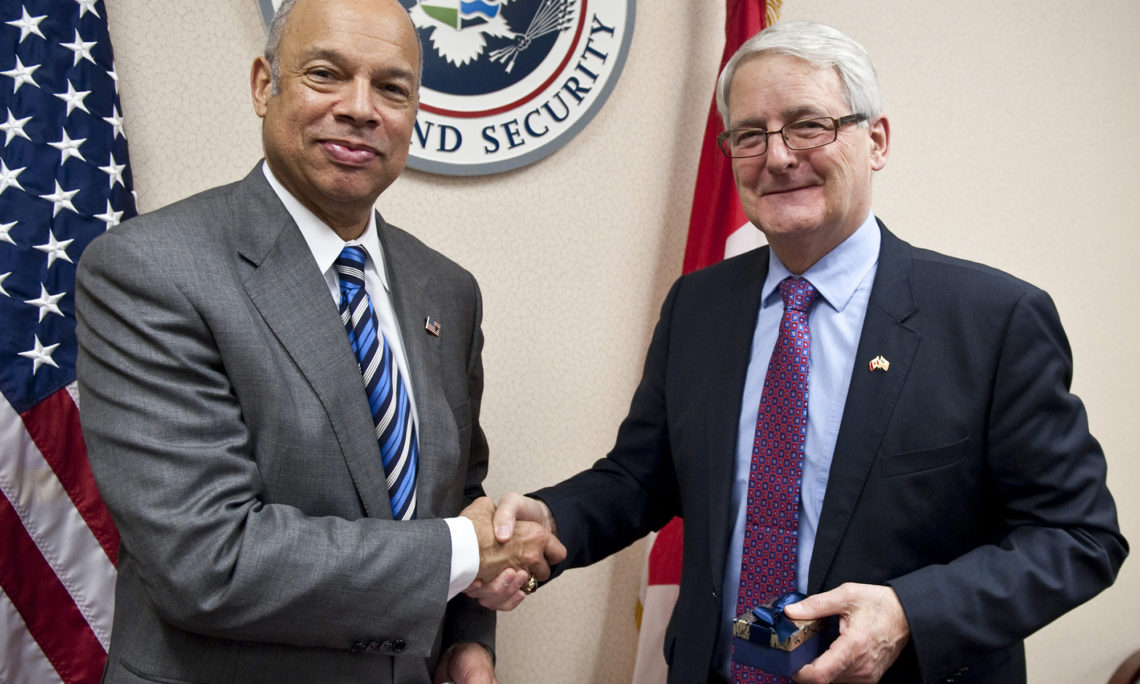 Secretary Johnson and Minister Garneau addressed the progress made on several Beyond the Border initiatives, including the Agreement on Land, Rail, Marine, and Air Transport Preclearance Between the Government of the United States of America and the Government of Canada. The Preclearance agreement, signed last year, allows for the immigration, customs, and agriculture inspections required for entry into either country to occur on foreign soil. This agreement creates new opportunities for preclearance in both countries and will increase efficiency in cross-border travel, trade, and tourism. Secretary Johnson and Minister Garneau discussed plans for implementing the agreement, which requires the enactment of legislation by both the United States and Canada.

Secretary Johnson and Minister Garneau also touched on joint efforts to promote aviation and maritime security. These include the deployment of explosive detection systems at preclearance airports, addressing the complex threat environment, and efforts by both the U.S. and Canadian Coast Guards to work with shipowners in meeting international standards on ballast water management.